Post offices of the Olympic Peninsula, Washington state, that is!

Author's Note:
I do have material for another entry or two from the Scranton area. However, I consider it somewhat unfortunate that I have not visited, shall we say, a geographically uniform distribution of post offices around the country. Due to the restraints of reality the majority of post offices I've visited are within a two days' drive of New York City: New England, Ohio, D.C., New Jersey, etc. (In fact, 20% of the post offices I've visited are in New York City and on Long Island.) As a result my posts are skewed toward post offices of the northeastern United States. It is my intention to accumulate a new array of cross-country material on a new road trip this summer while visiting states #44-47. For the time being, I hope no one's offended by the possible dearth of geographic diversity!

Back in 2008 my first cross-country road trip (during which I first became interested in documenting post offices) I stayed with friends in Seattle for 12 days before heading around the Olympic peninsula to tour the coastline of the Pacific down to San Francisco. Here are some postal photographs from the north shore of the Olympic Peninsula:

It must have been after 4:00 when I arrived in Joyce, Washington, because by then the post office had closed. It was located in the back of a country store: a beautiful building! 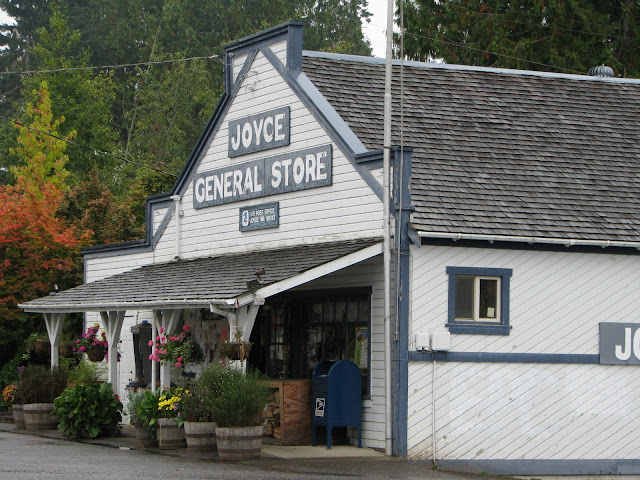 Joyce is 16 miles from Port Angeles, a town featured in the popular Twilight series of books. 34 miles further toward the tip of the peninsula is Clallam Bay; followed 2 miles by Sekiu, and then 16 miles further to Neah Bay, the northwestern-most town in the continental United States. Neah Bay is located on a Native reservation; there's only one main road to and from the town. 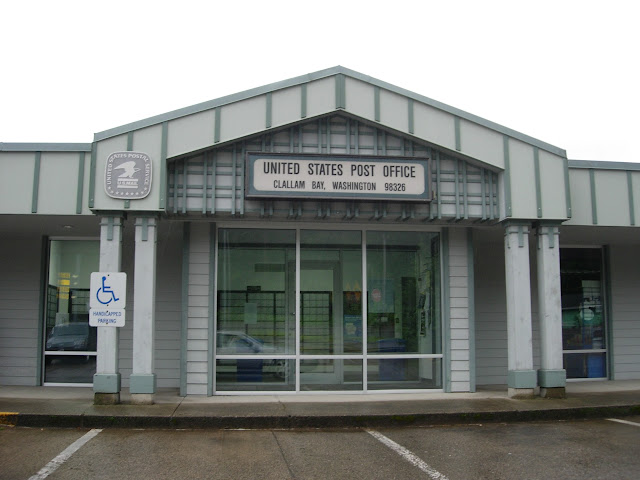