First, there are a few observations that I find interesting with regard to the Area Mail Processing consolidations:
1. Chicago could be left without its own postmark if the Cardiss Collins P&DC downtown loses its originating mail to suburban plants. Ditto Fort Worth, whose P&DC would be responsible for destinating mail to Dallas while losing originating mail to the North Texas P&DC. Not to mention New Orleans, which loses everything out to Baton Rouge.

2. The amount of mail crossing state and postal District borders to be processed would now be astronomical: some Connecticut Valley mail would be processed in the Westchester District; there's Baltimore District mail headed to Central Pennsylvania; Nevada-Sierra processing occurring in Salt Lake; northeast Texas mail handled in Louisiana while the mail processing equivalent of musical chairs occurs among the Dallas and Fort Worth Districts. In fact, New York's Triboro District might be the first left without any originating mail processing facility if all its mail gets postmarked in New York's Morgan P&DC.

3. Given the dissolution of mail processing boundaries by state and District lines, what do the AMP consolidations mean for the postal hierarchy, and who's responsible for resolving consumer affairs and other issues as they pertain to mail handling?

5. What about security issues? What if, say, dangerous pieces of mail couldn't be sourced locally since mail processed at a given plant could have originated from any of 500 post offices across three states as opposed to a localized cluster?


So, let's look at some photos of scheduled-to-close P&DC/Fs that are a part of their hosts' respective main post offices. Will these locations be moving to smaller, predominantly retail sites now, or be used as "delivery hubs"?

> Originating and destinating mail to be consolidated into the Portland, OR P&DC.

When I was visiting the MPO I met the philatelic clerk, who was very friendly and offered to get the Postmaster's autograph on a couple of the cards I got hand-cancelled. She mailed them back to me later that week. As far as location, note the continuation of a trend that you might have noticed the emergence in my previous entry, of on the map below -- namely, the proximity of the processing plant to the local predominant highway. The present mail processing system wasn't created without thought. 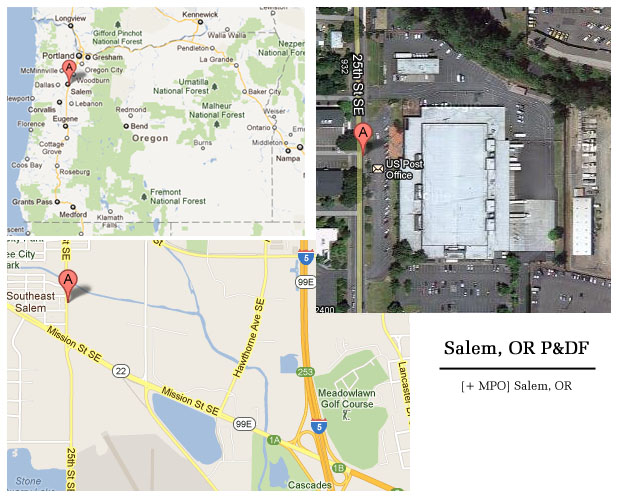 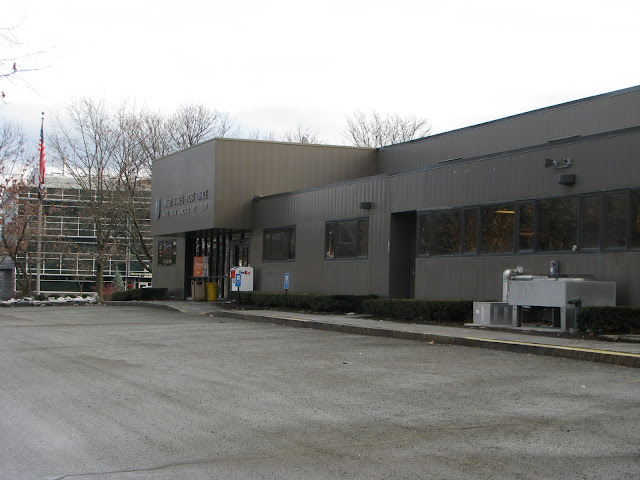 > Originating and destinating mail to be consolidated into the Manchester, NH and Burlington, VT P&DCs. 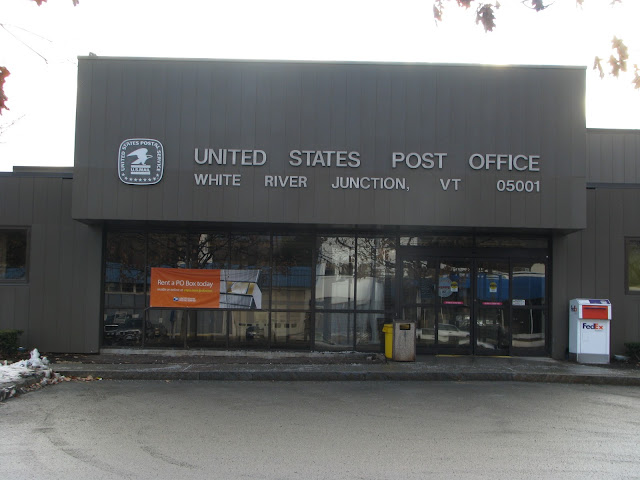 Ah, White River Junction. This facility has easy access to two Interstates and has been around since 1984. The MPO also moved out here from a beautiful downtown WPA office that became known as Lyman Station. Officially closed last summer, Lyman Station had been a box unit with no retail services for some time. The current location, among a (Vermont-sized) sea of car dealers, exhibits decidedly less grandeur. 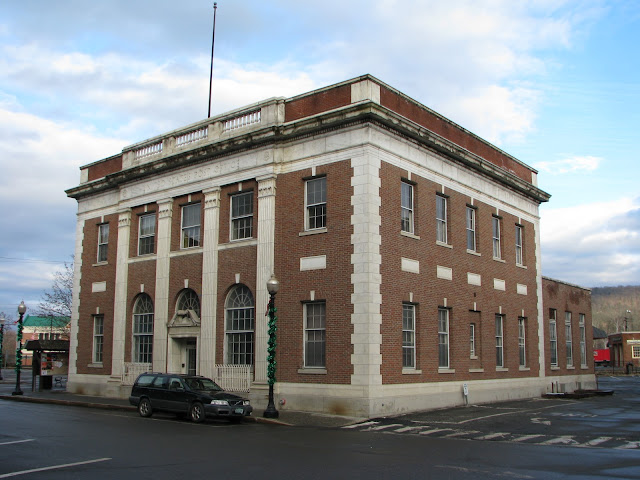 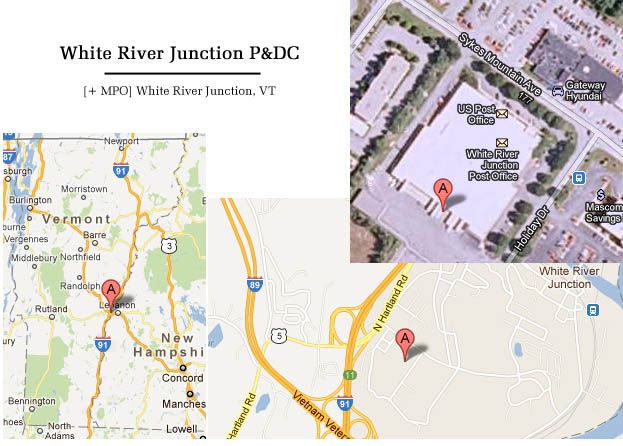 On the plus side, the study to consolidate the decidedly large Manchester, NH P&DC (which shares residence with the Manchester MPO) was disapproved. 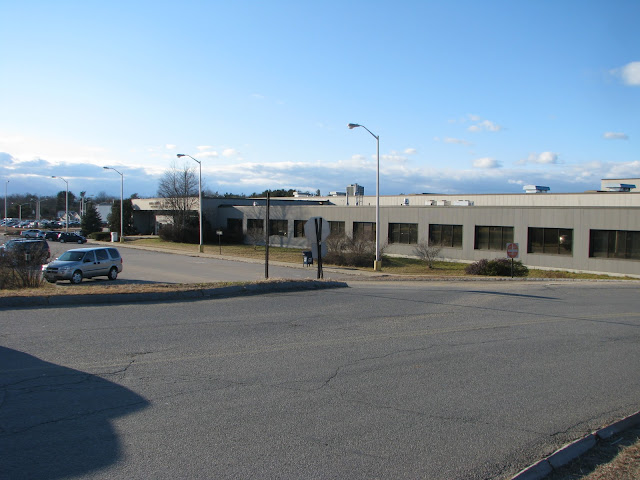