Love is in the Air-Mail

Ah, yes, it's Valentine's Day. This means that those Cupidly inclined can send letters to love-theme-named post offices for either re-mailing or the application of special romantic cachets. Here's a News Release from USPS about the largest such operation, in Loveland, CO.

Loveland's Downtown Station was renamed Valentine Station a while back. Here's a photo of it from October 2008: 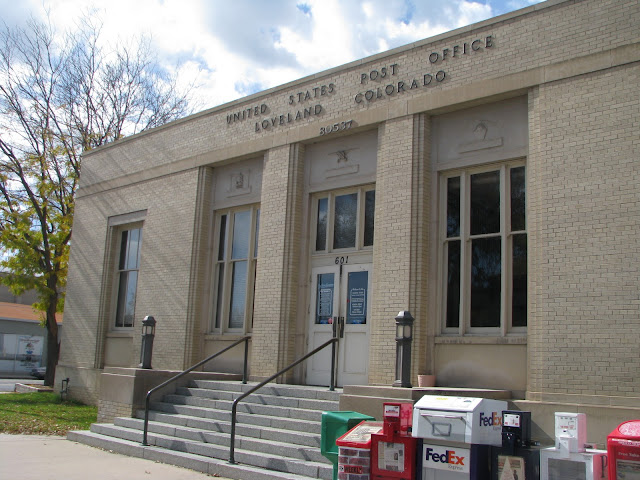 This year's crop includes a dual pictorial by both Romeo, MI and Juliette, GA; Romance, AR; Loveville, MD; Hartville, NY; and several Valentines across the nation (including Valentine, TX, which is being studied for closure as part of RAOI).
Posted by Evan K. at 10:43 AM