What's in a Name: Quinton

First, I'm happy to announce this blog's 1,000th hit, as well as my 1,700th postal facility visited. The rate of visitation to Going Postal has been accelerating lately. It's nice to see!

Once you've begun to visit [insert excessive number of] towns and post offices, you begin to notice some repetition to their names. As of yesterday, I've now been to three Greenwiches (CT, OH, NJ -- a story for another post), two Salems (OR, NJ), and two Quintons. The latter seemed like an odd name, but it actually derives from the Old English for "Queen's town".

Quinton, AL: [map]
It's reasonable to say this town, about 20 miles northwest of Birmingham along I-22, is in the middle of nowhere. The town doesn't even have its own exit on the Interstate. What it does possess, however, is an adjacent church and post office. I passed by on a Sunday to leave a note for the Postmaster; the church was still in session. You can see folks parked between the two buildings in this photo: 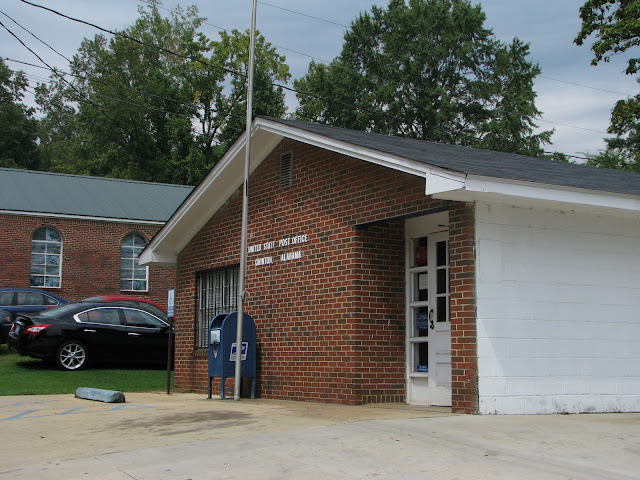 Quinton, NJ: [map]
This town and its bridge, near the Delaware River roughly 30 miles south of Philadelphia, was the focal point of a Revolutionary War battle in early 1778. (The colonialists won the battle, though lost nearly a couple of score men.) Currently, the post office is next door to the town's general store. And yes, it's yellow. 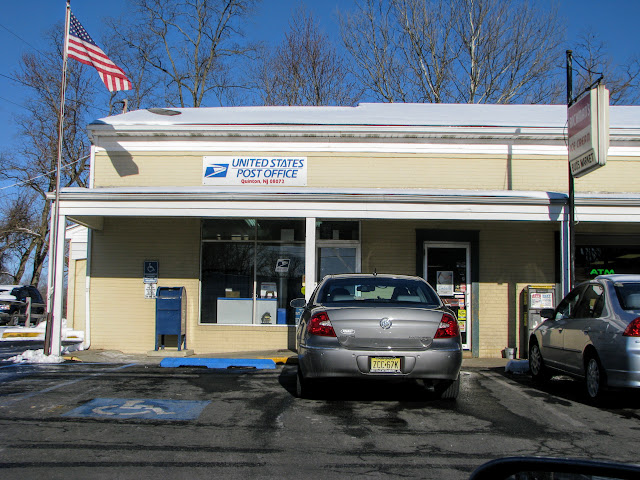