The postal abbreviation for Nebraska used to be NB; of course, that caused conflict with Canada's New Brunswick. So, in November 1969 NB became NE. Some postmasters got creative and realized that if they took a knife to their postmarking devices, they could convert NBs to NEs. For many years many Nebraska postmarks bore the remnants of this process.

I spent just one night in Nebraska on my trip cross-country. It was during the weekend and I spent the evening in a ($44/night) motel in Hastings. The town was substantial though I never visited its post office.

Here are a few photogenic offices from my Sunday in Nebraska: 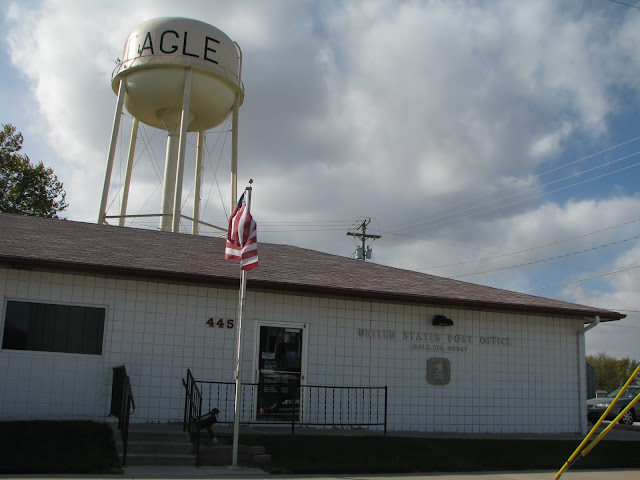 Weeping Water was a quaint town with the most washed-out stop sign I've ever seen, at an intersection entering town. Two signs proudly announced the town as the home of the 2000 state wrestling champions and the 1961 state basketball champions. The town church featured stained glass windows; the masonry featured brown markings that could have passed for either burn marks or water stains. Here are a few photos: 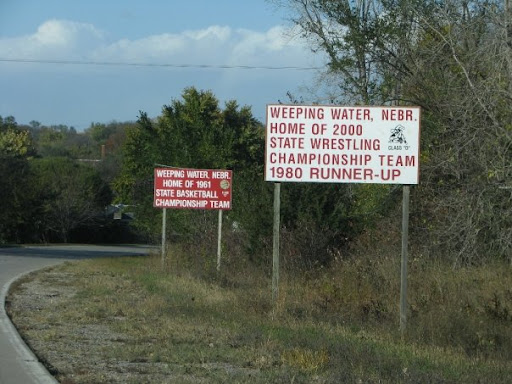 This Wikipedia page gives a nice origin of the town's name. It comes from a French misinterpretation of an Indian word for the river which runs past the town.

The winds really whipped up that day, helping my gas mileage as I was driving east. At one point, winds sweeping across the plains reached 65 mph.

The building next door to the post office in Union, NE collapsed 15 minutes before I arrived to leave a postmark request for the Postmaster. Police closed the main street and a significant part of the town turned out, including the town's (county's?) treasurer. A couple of months earlier, the town had bought the building for $12,000 for an elderly community center. It had no roof before the collapse; I believe some town members insisted on getting insurance on the building beforehand.

Here's a photo from the scene: 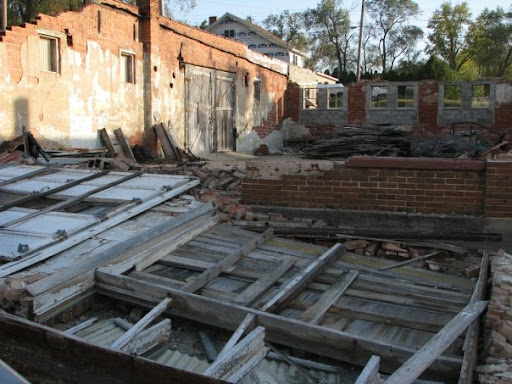 The only municipal building in the town of 260 is the town's one-room jail, constructed in 1916 and recently inducted into the National Register of Historic Places. (Photo below:) 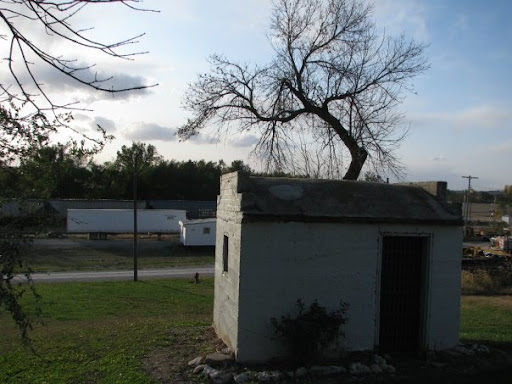 The town has a fantastic Facebook page documenting news and events -- including a night spirits tour of the town, which includes said jail.
Posted by Evan K. at 5:05 PM