It's Going Postal's 100th entry! My blog stats show the popularity of the blog increasing quite nicely over the past month; thanks to all my readers! Feel free to comment! It's always nice to see feedback.

This is a continuation of yesterday's entry; the series will finish up tomorrow.

One mile later, I found the Fair Harbor CPO shielded by trees, with one small sign directing one toward the yellow house up the boardwalk. Once again, the contractor had never seen a postmark collector before but was willing to provide cancels since I was already carrying a couple hundred from my past travels. The road to Ocean Beach was long and arduous. The post office-to-post office distance is 2.2 miles, but several factors were working against general movement: (1) the “roads” between the towns on Fire Island are actually soft, deep, winding sand paths; (2) where there was pavement in Ocean Beach, there was also an inch of rain on the ground. Smart residents who needed to move about were transporting items (such as groceries) in wagons hitched to the backs of their bicycles.

Here are a couple of deer I met along the sandy path: 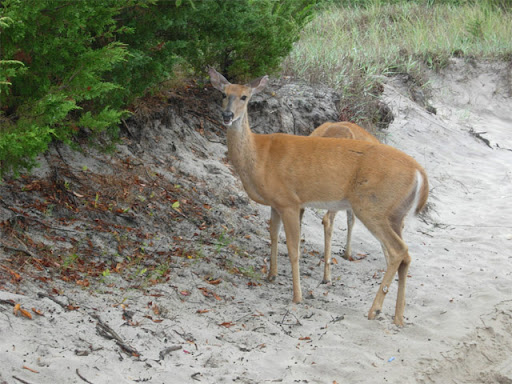 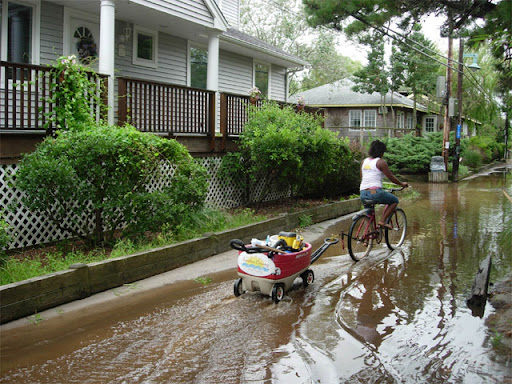 The Ocean Beach post office was in a two-story wood-shingled building along the main walk. The postmaster was very friendly and provided me with a handsome four-bar. (She knew I was coming; I’d called to ask her questions about neighboring offices two weeks prior.) I eventually ate at a place she recommended and trudged the 4.5 miles back to my car, stopping at the grand Fire Island Lighthouse back near the State Park. 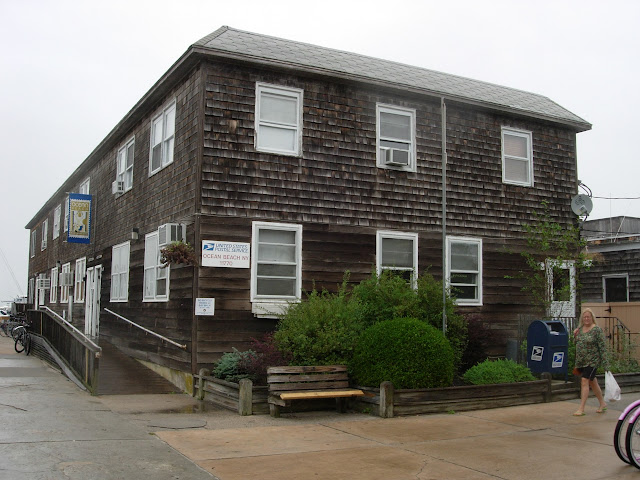 Lunch at Ocean Beach; bay view and the food: 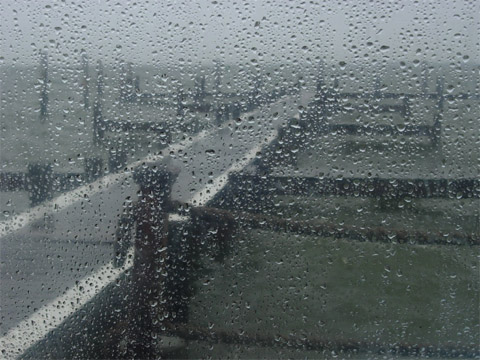 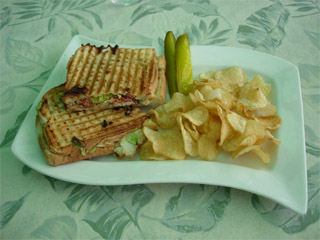 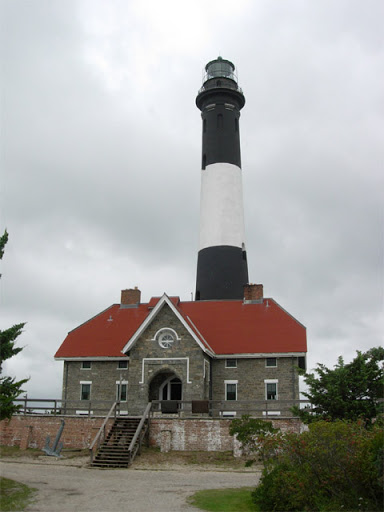