I've finally fully updated my spreadsheet of post office visits and can declare with certainty that I visited 1,253 [new-to-me] operating postal facilities in 2011; an average of 104 a month or 3.4 per day over the year. The year-end total is 2,825, which doesn't quite jive with last year's figure... I think I realized that I forgot a couple days' visits and logged them in this year. Not bad considering I've had a job and graduate work. This count compares with 768 back in 2010. My only regret is that this year's assortment represents less geographic diversity than in previous years.

Furthermore, I visited a total of 1,298 facilities, if independent APC locations, Box Units, and the former sites of discontinued post offices are included in the count. Though even this does not include the fact that, say, I photographed the former (WPA) Olyphant, PA post office in addition to its present setting.

The former Olyphant, PA post office ... and its present site since 1983 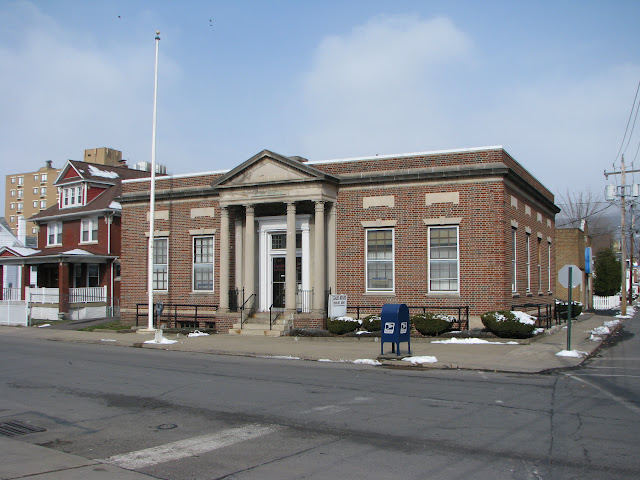 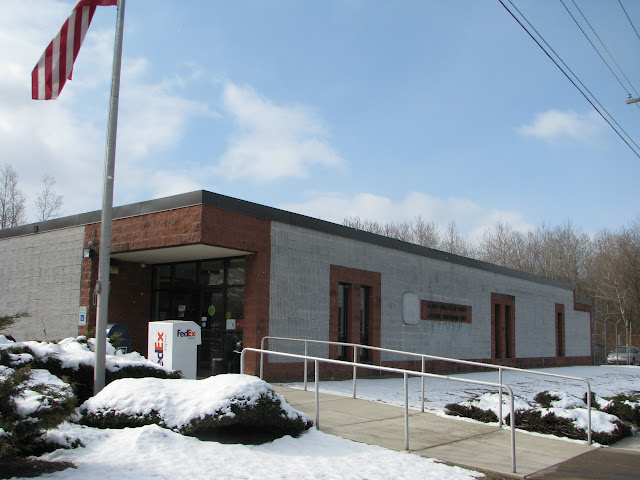 New Jersey: 261
The NYC—Philadelphia corridor, down to Vineland

Massachusetts: 79
Berkshire and Hampshire counties (the first week of the year); Cape Ann

Vermont: 16
Southern VT (including my first PO visit in the state) 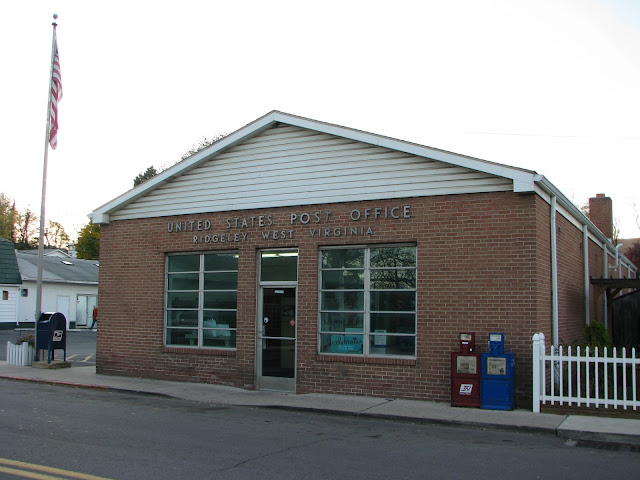