In the past I've mentioned in passing a couple of non-retail carrier-only facilities (annexes). However, this is the first time I've ever covered a non-retail processing facility on this blog. Last September 27, on my way to Cincinnati, I was told by a couple of post offices that it was the last day of mail handling operations the West Jersey P&DC [Processing and Distribution Center]. Unfortunately I couldn't visit it that day, but I was able to find its former site and take a photograph on Saturday.

Before its closing, 309 employees worked at the mail sorting and distribution plant in Whippany, NJ. It was not involved in the canceling of incoming mail, though it did process the mail for delivery in northwest New Jersey.

From this full article at nj.com: Operations were to be consolidated: "While the Post Office has announced that 144 employees would be given positions at mail distribution centers in Edison and Teterboro, nearly 165 clerks and maintenance staff are unsure of their future, Dougherty said." Many employees would be reassigned, but others would likely leave the postal service for good.

This weekend, I found the sprawling complex deserted, with two postal (police?) cars occupying the parking lot, which otherwise had capacity for hundreds of vehicles. 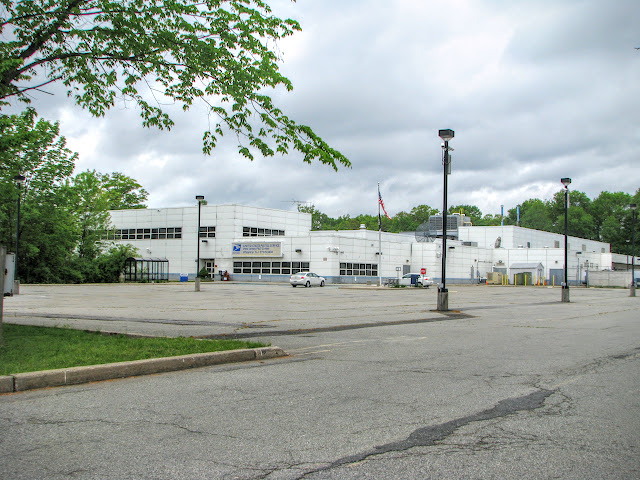