I've posted two entries to the Nice Touch series previously. In those instances, I focused on exterior artwork on two post offices. A couple of weeks ago I noticed some artwork adjacent to the Washington Park Station in Newark.

(The Washington Park Station is open from 11-3 weekdays, and is on the Consolidation "Hit List". Unlike every other similar office in New Jersey, however, Washington Park and its other Newark Hit List cousin, Riverside Plaza, have not been officially slated for closure.) 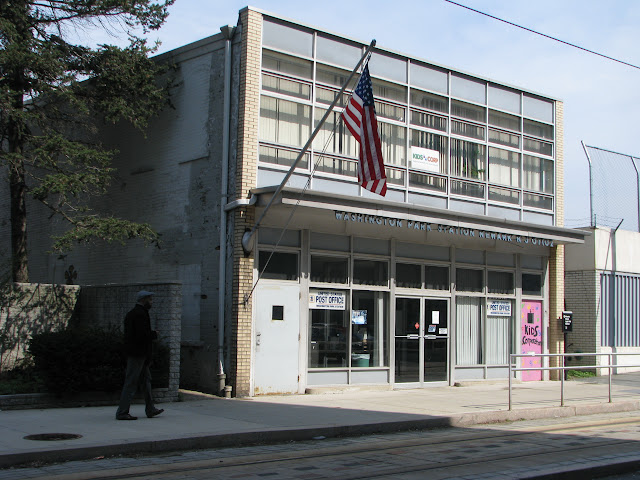 New Jersey Transit maintains a light rail system in Newark [.pdf map here], and one branch passes right by the Washington Park post office. (You can see the tracks at the bottom of the photo above.) Adjacent to the post office is the Atlantic Street Light Rail Stop.

Here is a photo of what is effectively a giant postmark (complete with correct ZIP code) at the Atlantic Street station. 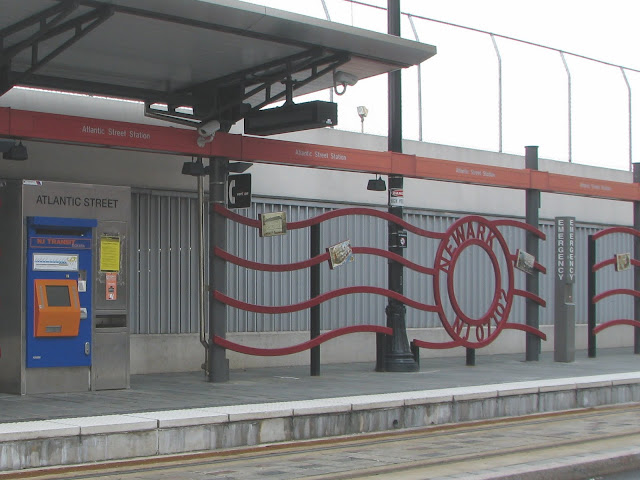 One block away is Bears & Eagles Riverfront Stadium, home of the Newark Bears and other local baseball teams. Also nearby are the Newark Public Library and the Newark Museum.
Posted by Evan K. at 11:17 AM