Youngstown, population 67,000, is the ninth-largest city in Ohio. A 'Rust Belt' steel town, its population peaked at 168,000 in 1950. A visit to the city in October 2009 showed many poor and declining neighborhoods, though some parts are photogenic as such.

Postally, Youngstown has a central Main Post Office and one satellite station in each direction therefrom: there's a North Side, South Side, East Side, and West Side Station. (Or, as you'll soon see, at least there was.) Youngstown also controls a couple of branch offices in nearby towns.

USPS discontinued Youngstown, Ohio's South Side Station on 3/12/11. It had a nice four-bar postmark and the clerk was philatelically aware. The MPO is nearly two miles away; the next-nearest office? Three miles.

The East Side Station was also recently discontinued, and by calling the Postmaster I just found out that its date of closure was May 20. The office was open only four hours a day and was especially photogenic. The clerk was witty, knowledgeable, and a pleasure to talk with. The post office was very well used when I got there, though most customers only bought one stamp at a time. The neighborhood was VERY poor and worn-down, and the mall this post office was in was otherwise abandoned, though there was a small grocery store next door.

There's no way the East Side post office made money, but I feel as though the community was unfairly picked on with this closure. I can't imagine how many of the neighborhood's residents will get to another post office. (The MPO is an as-the-crow-flies mile-and-some away, but much more in terms of driving or walking. Plus there's hilly terrain to navigate.) This was a shameful showing by USPS, in the author's opinion.

The North Side Station had a nice, unique metallic blue façade. The West Side Station was unidentified in its signage, and had an antique feel inside. Overall, all Youngstown employees were knowledgeable and friendly.

That all said, here are photos! They were in my photographic early stages, so I tended to focus on the signage and place names more than the buildings themselves. 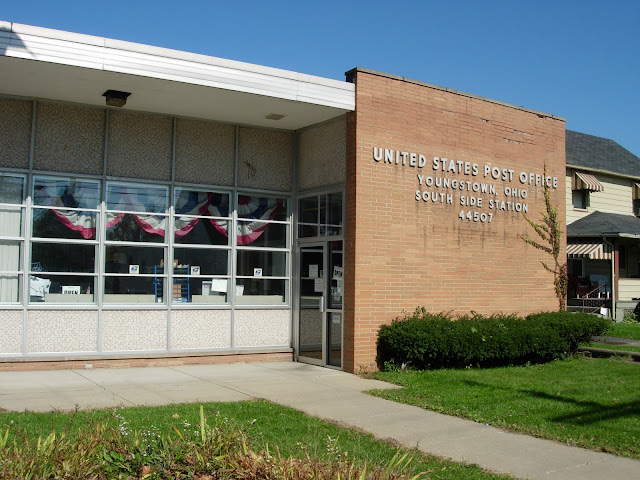 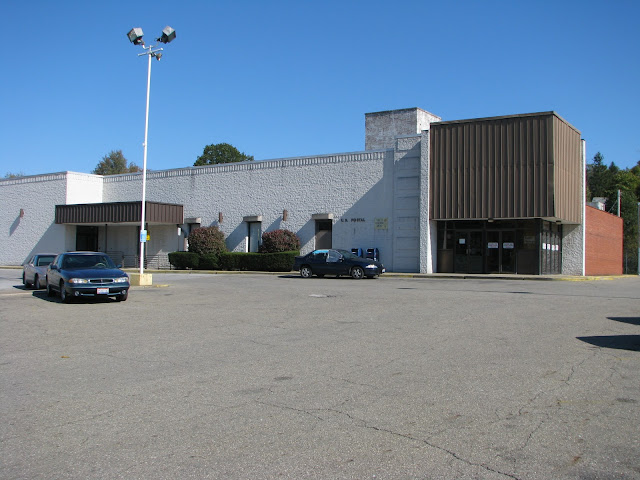