I finally found something for which I had been looking for a long time: an active drive-through stamp window at a post office. I had seen several instances before in which the window was no longer in use (notably in Fairfield, OH and a couple of sites in New Hampshire); but this is the first time I've documented such a site in action.

(Actually, that's not entirely true: I believe Laconia, NH's Lakeport Station does possess an active window; but I wasn't in the habit of documenting all the offices I visited at the time.)

I visited this, the Ridge, NY post office during a recent postal run in which I postally covered a large part of northern and central Long Island. In this photo, the pickup at the left side of the building is at the window, and the driver is purchasing stamps. 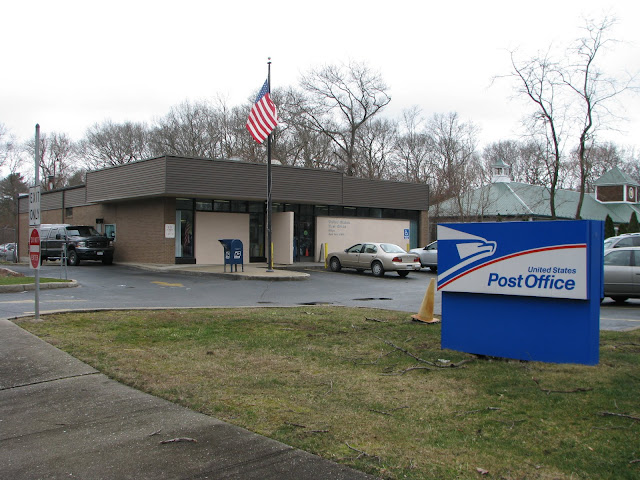