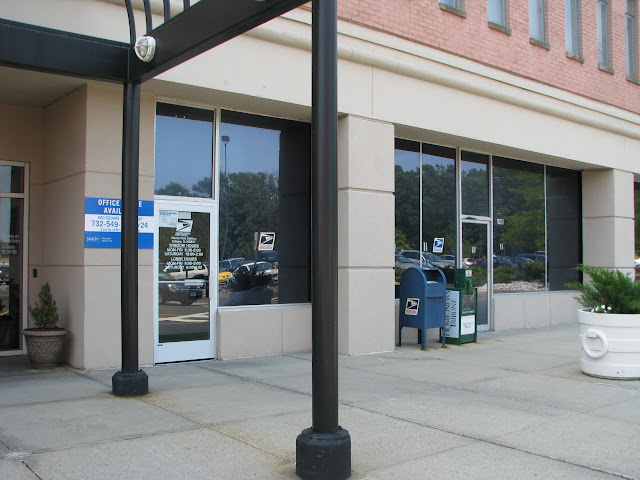 It's in the back of a huge mall. In fact, here I've corrected the Google Maps positioning of it so it's now actually where the map says it is: 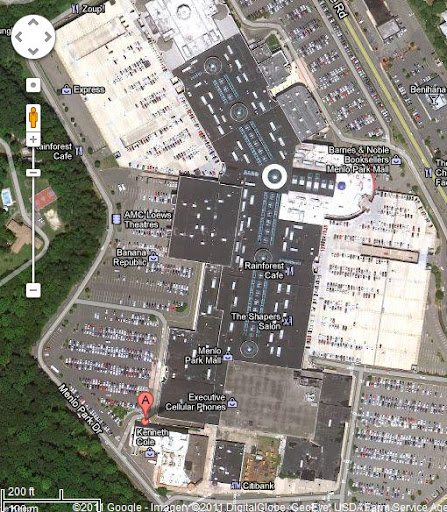 It's probable that its fate comes down to usage. Generally speaking it's really tough to find this place, assuming you know it exists. And I'm guessing many potential customers don't, especially because the signage is really muted. Even I didn't see the post office the first two times I drove by this spot. View the larger picture for yourself: 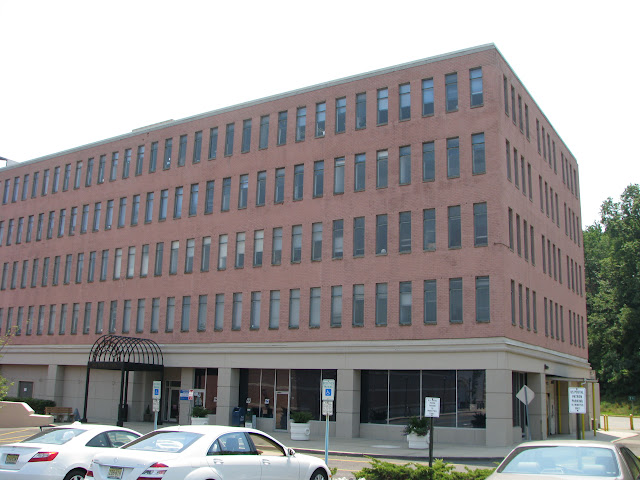 The address of the location: 100 Menlo Park Mall, Ste. 101, doesn't help either (a frequent issue with mall post offices, in my view). What do you think? 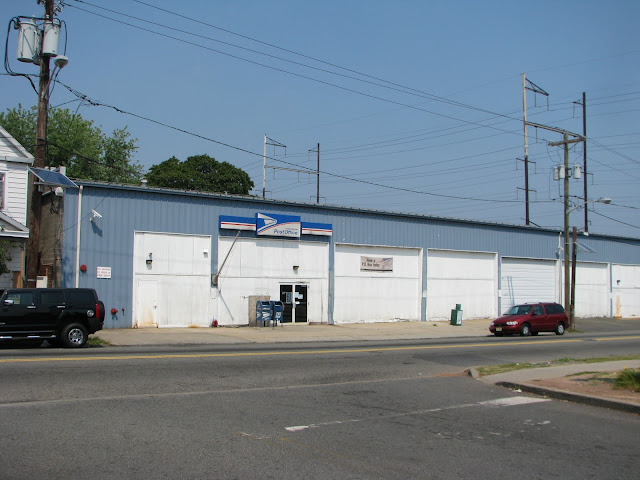 Frankly I'm a bit surprised this is still around, because it's about a half-mile from the New Brunswick Main PO. I'm guessing slews of people wouldn't know this exists if they haven't driven past it. Even if they have driven past it, it looks more like a warehouse than a post office.

That said, there were two other customers in line when I visited the PO, so I'm sure its fate comes down to revenue. 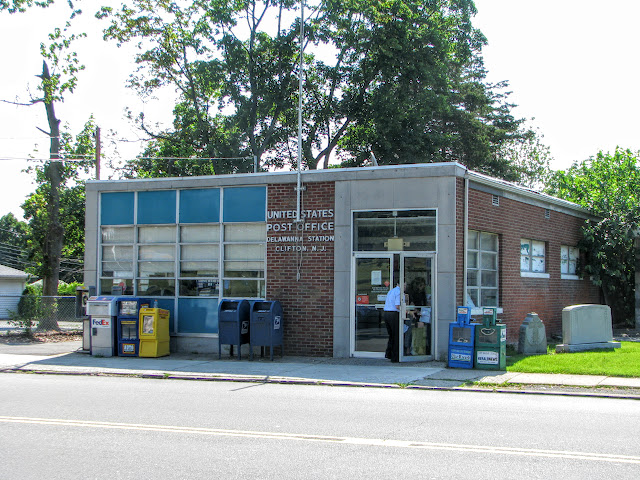 This is a section of New Jersey that has what's basically a grid of post offices, about one each mile in every direction. Regardless, this is a reasonably populated area, and there were five other customers there while I was in line. That would be a shame to close. 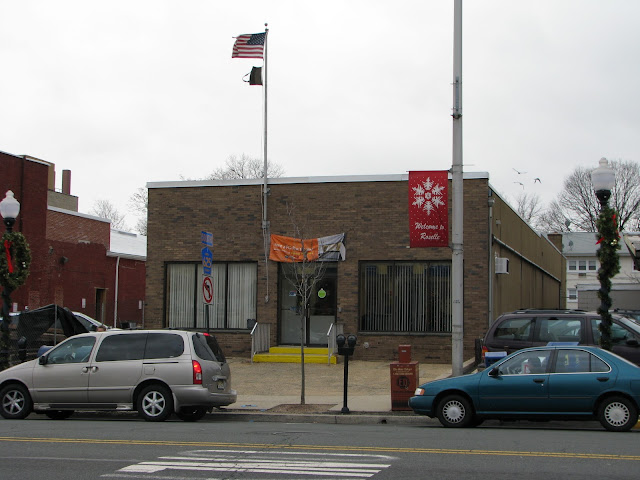 It maintains absolutely no signage for some reason. It serves an independent community. Need I say more? 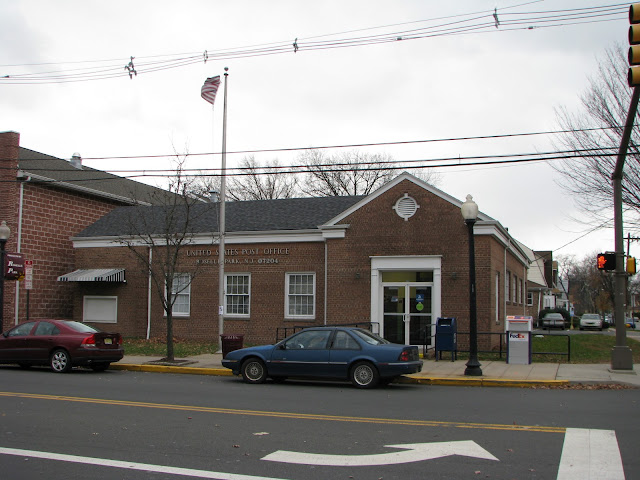 If you look at the Roselle and Roselle Park post offices on a map, they are spatially only 1,500 feet apart. Obvious closure, right? Not so: the two towns are separated by a railroad line that bifurcates the local street network, so driving distance is actually 0.6 miles when you consider the nearest track crossing. Still rather close, but two distinct communities deserve two post offices. I highly doubt USPS would close both of these. So if one's going, which half of town are they gonna pick on?
Posted by Evan K. at 12:53 PM