First off, here's the post office of St. Michaels, MD: 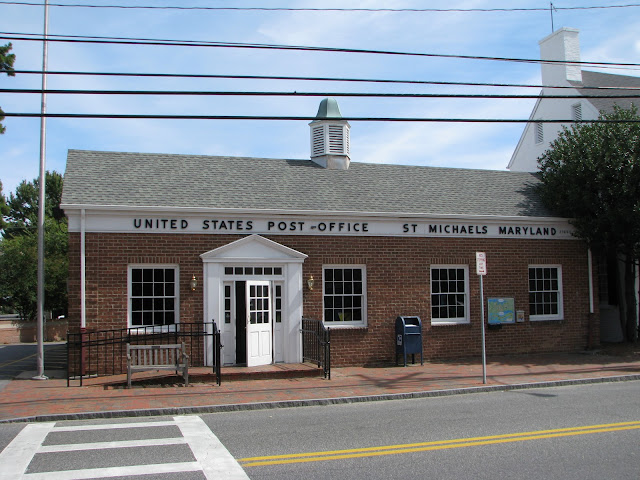 The Saint Michaels, MD post office used to maintain two Community Post Offices (CPOs), but now has none. The first CPO, McDaniel, MD, shared a striking blue building with a flower shop, just off Rt. 33, and closed in 2005. Here's that location as it stands today... 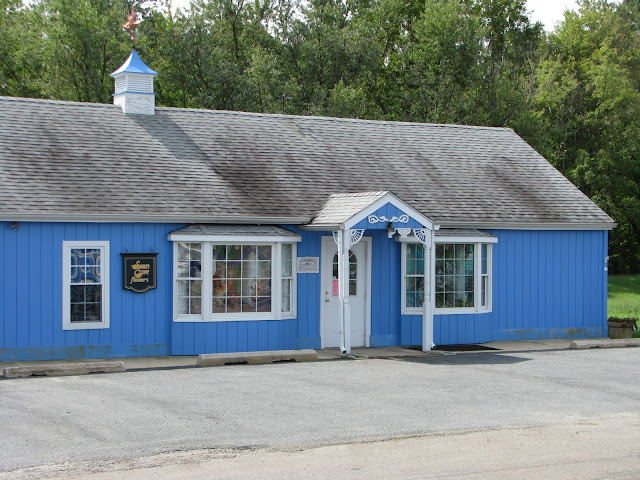 The second CPO closed April 30, 2011, and was located in the side of someone's house [10463 Claiborne Landing Rd.]. Boxes were moved to the nearby Village Hall (which was just converted from a church and inaugurated this year; packages too large to fit in such are picked up at the St. Michaels post office. 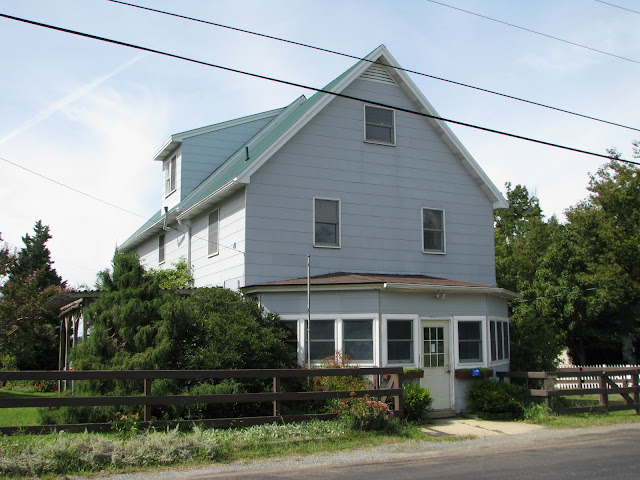 Easton, MD is the area's largest town, boasting nearly 15,000 residents. For four years Easton's Tastee Freez ice cream shop on Rt. 50 [8356 Ocean Gateway] housed a Contract Postal Unit (CPU), but that closed June 30, 2011. The shop has just changed ownership and the maintenance of a CPU wasn't feasible, and the post office generally did not succeed at expanding the shop's core business. In fact, the need to maintain a qualified postal clerk at all times and to immediately accommodate any postal customers often impeded on the business's ability to serve its other customers. For the time being a blue collection box resides outside Tastee Freez's southern entrance. 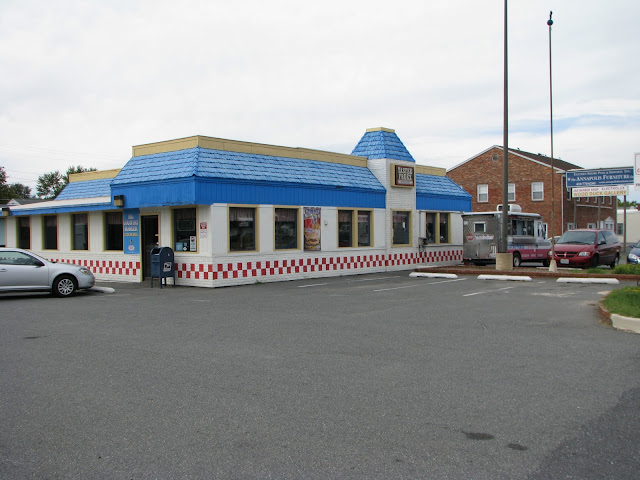 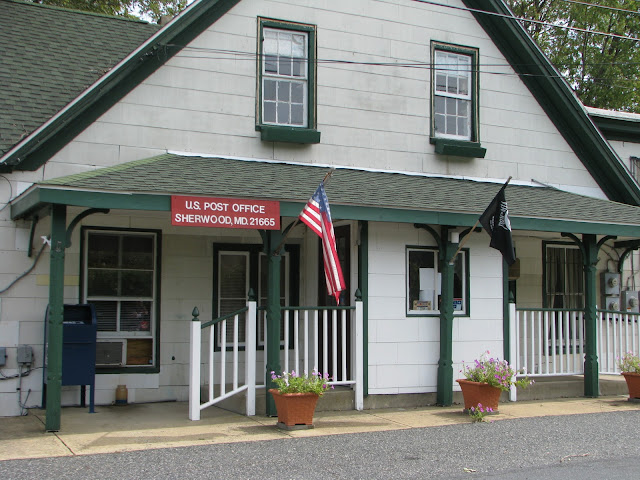 The Sherwood, MD post office is currently being studied as part of USPS's "Expanded Access" initiative, and could be closed within the next few months. 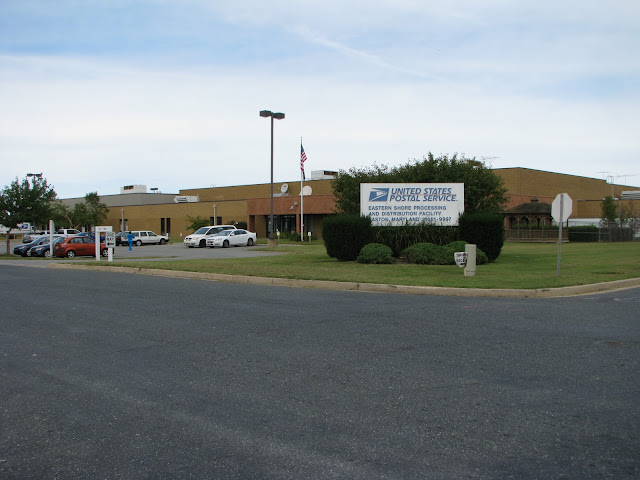