A Special Edition Entry. [Photos and videos below.]

Today saw an unprecedented series of rallies instituted in virtually every Congressional District across America. Tens of thousands of postal workers participated this afternoon, and hundreds of thousands have passed by and honked their support.

Four of the largest postal unions in the United States: the American Postal Workers Union (APWU); the National Association of Letter Carriers (NALC); the National Postal Mail Handlers Union (NPMHU); and the National Rural Letter Carriers' Association (NRLCA) all joined together to stage the rallies and get the word out that the postal service as we know it is in jeopardy. I've covered the rash of post office closures continuously in this blog. Unfortunately, hundreds of thousands of jobs and a piece of the heritage of America are also at stake.

The goal of these rallies is draw attention to the postal service's struggles (though NOT in a self-loathing, defeatist manner as the Postmaster General has done), and to encourage the public and Congressmen to support House bill H.R. 1351, which addresses the primary cause of the postal service's debt in recent years -- namely, the Congressionally mandated pre-funding of postal workers' pensions by a full 75 years. Curing this is a much better solution to the postal service's [short-term] ills than taking it out on post offices in small towns and poor urban communities, and certainly more preferable than laying off hundreds of thousands of employees, needlessly, while making general services worse for all of America. It also gave the general public an opportunity to show their support for their local post office and postal workers!

I'm fortunate enough that the office for Congressman Chaka Fattah is located right off the University of Pennsylvania's campus (which is where I attend graduate school). I walked over to the rally after my last class of the day, and arrived about 4:30. A few dozen postal workers were outside the office, garnering petitioners and rousing the passing line of one-way outbound traffic on Walnut Street. The public was greatly supportive of the ralliers' endeavors. I recorded some of the soundscapes that lit up the neighborhood with every green light cycle.

First, a couple of photos:
Glee -- a honker passing by: 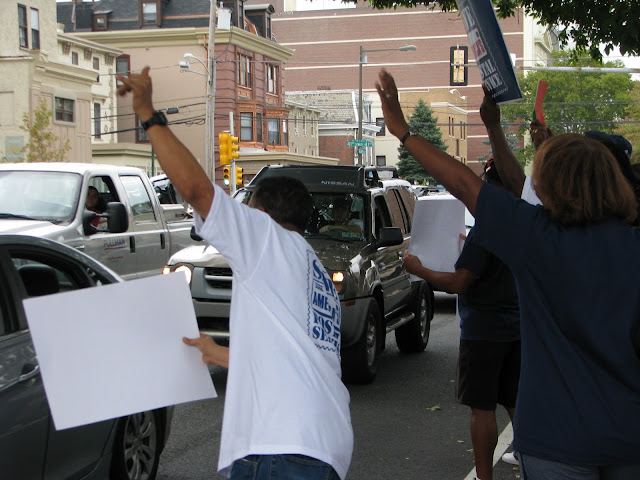 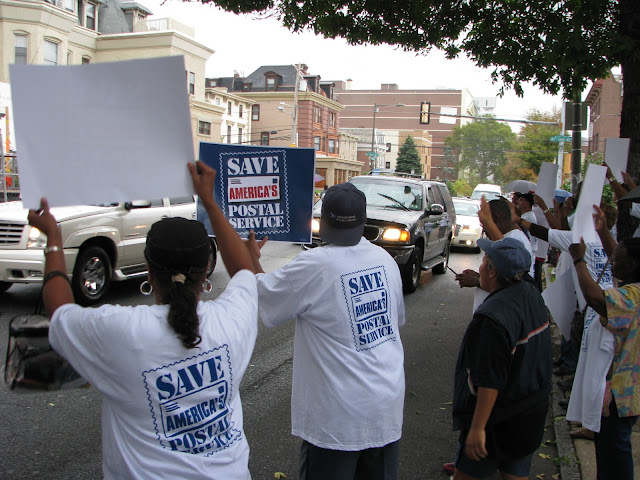 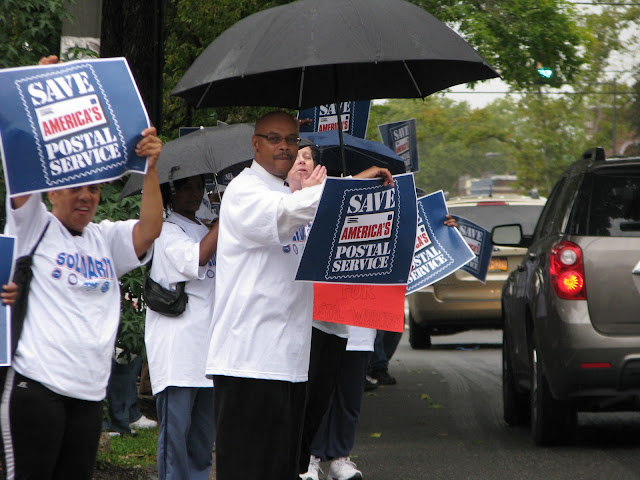 The crowd of supporters: 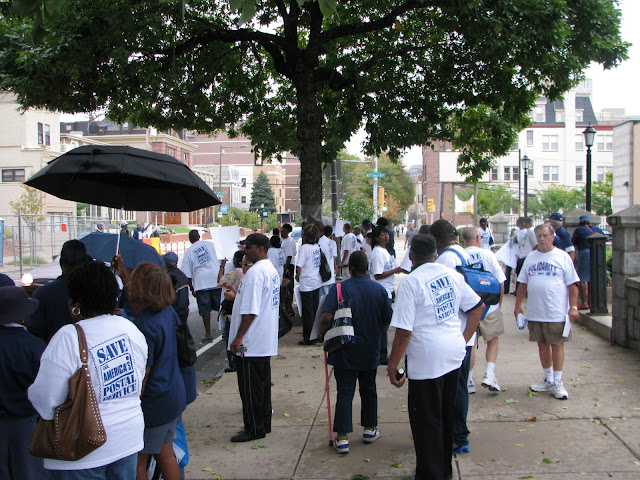 Now, for the good part -- videos! You can hear the supportive honks for yourself. (In the first video, it picks up 13 seconds in.)


I was able to get a SOLIDARITY // Save America's Postal Service t-shirt, which I will proudly sport to support the friendly and fantastic and workers who comprise the [vast majority of those at the] United States Postal Service.

Remember, for 44 cents (seriously, what the heck can you buy for less than $1 these days?) you have the privilege of mailing any letter you'd like to anyone in America, with the knowledge that it will get where you want to be, securely, in a reasonable length of time. It's a symbol of our status as a first-world nation, and it's been that way for more than 200 years. Let's not take some managerial fools take it all away from us!

If you'd like to use the media or if you have questions, feel free to contact the author and photo/videographer, Evan Kalish: