First off, blog hits are WAY up since I started listing on search engines. (Okay, that makes perfect sense, but I was until recently a bit shy about having everyone being able to access at this.) Apparently people have found me by Googling various items regarding Fire Island; a Congressional office has viewed my story on Bay Shore's stately Penataquit Station (currently being considered for closure); a couple of people have been interested in L'Enfant Plaza; and the recently shut-down downtown postal trailer in Freehold, New Jersey has gotten some attention of late. (Especially since the Postal Regulatory Commission shot down an appeal to keep it open. Thanks, guys.) A person apiece has been mislead by the search engines with promises of information on Minneapolis's Elmwood Station and Bardstown, Kentucky. My apologies to those folks.

So what to do today... How about some Manhattan? Haven't done that yet, really! Okay, here are some post offices of midtown New York, NY: 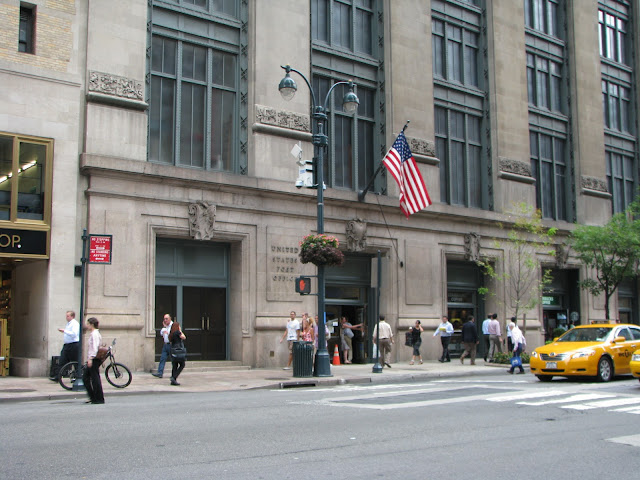 Friendly office, at least when I went. It's one of a few in New York City without those obnoxious barricading glass windows. Many stations open, a supervisor to guide you. Also security personnel.

Seriously though: Do not call the actual train facilities "Grand Central Station". It's Terminal. Good, we're learning a lot today! 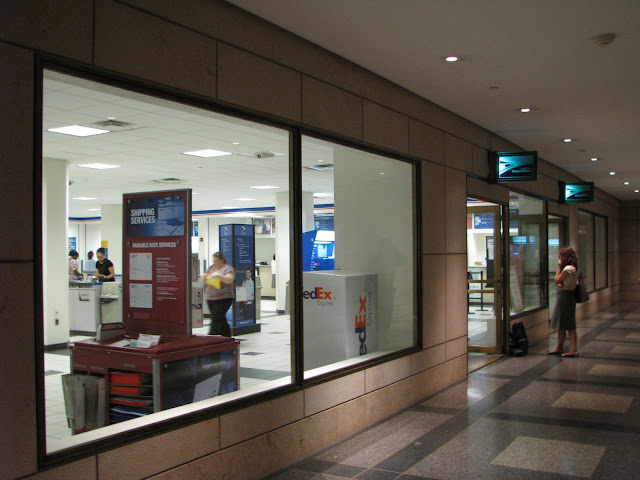 This is actually the most expensive post office lease in the country: $2 million a year to have this basement location in the heart of one of New York's premiere tourist districts. What makes absolutely no sense is that USPS recently cut back the hours to end at 5, rather than 7. If you're spending $2 million a year for this facility, why does it matter if you spend $20,000 more on clerks' salaries? Wouldn't you want to get your money's worth from this location? 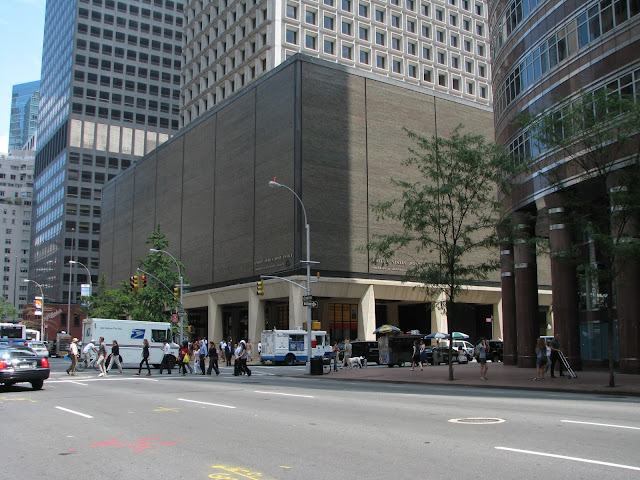 A bit of a disappointing experience when I went, since all the clerks got new daters which don't say "FDR" on it, but just have their ZIP code. Boring. But this is an interesting and rather major post office, located just across the street from the what's known as the Lipstick Building [somewhat visible in the above photograph]. The lobby is open 24/7, but main postal facilities are located on the second floor, meaning you take an escalator to get to them. Can't say I've come across that before. The second floor is cavernous and features a painting from the 1980s that I was not allowed to document. Several windows open, minimal line.

Here's another photo, from just outside the front: 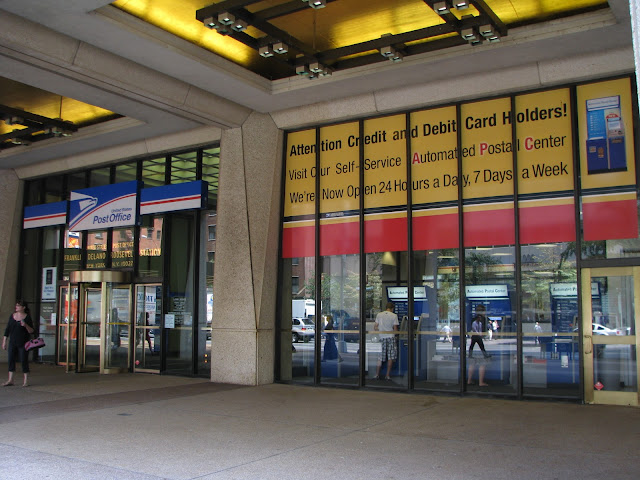 You can even make out a couple of people using the APC. I believe I took this photo off-hours. 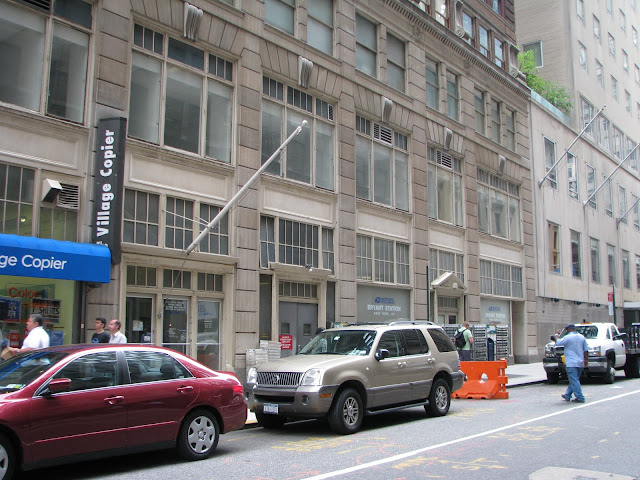 Think of the Bryant Square post office as Grand Central's little brother. Its hours are more limited but it still does a healthy business. They're physically about three blocks apart.

(So, do you get the title for this entry yet? It's both literal and a Frank Sinatra reference for New York! I'm ever so clever.)
Posted by Evan K. at 6:41 PM