Hello, again. In case you missed either of the first two entries in this trilogy, about the lovely little offices of Squirrel and MacMahan Islands, please do head on over to Part I or II!

[View of the Bustins Island float, from the boat:] 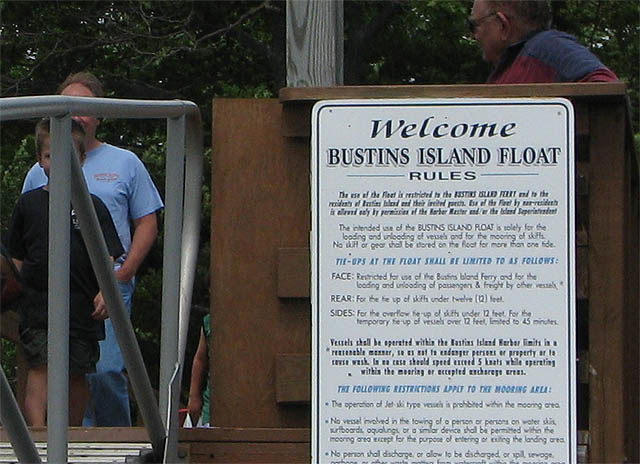 Let's head on to Bustins Island, ME, the last of my postmarking trio's three Maine island postmark treks. Once again, we were not disappointed. This excursion took us just 15 miles northeast of Maine's largest city Portland, and through Freeport, Maine, which is best known as the home of L.L.Bean. Freeport is from where they do all their shipping. Did you know: L.L.Bean's Freeport operations, in and of themselves, have their own TWO reserved ZIP codes? (They do not have their own postmarks.)

As with Squirrel Island, there is scheduled ferry service between Bustins Island and the home of its 'parent' post office -- in this case South Freeport, Maine. The $10 trip takes about half an hour, with about a 10-minute layover on Bustins Island. The ferry we happened to take was also the mail ferry! We accompanied the official contractor with his daily bin of mail over to the CPO, which was quite photogenic.

Let me also note that Bustins Island is yet another community that takes pride in its post office. Here's a screenshot from the community's homepage; other images include the school and pleasant landscapes. 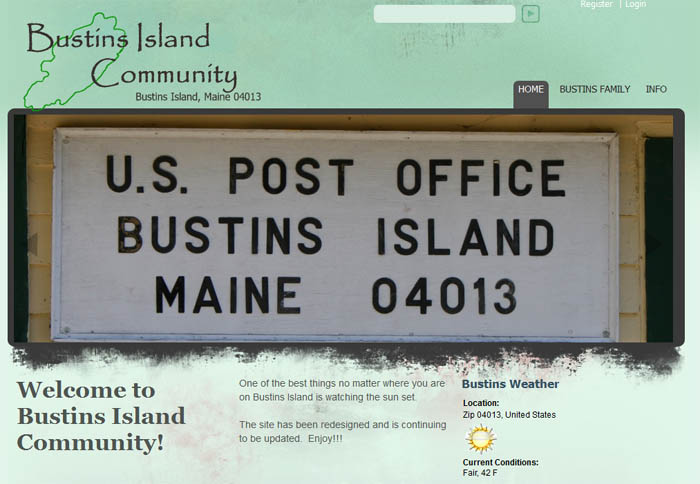 The building, located a couple of minutes to the east of the pier, is yet another gem of local flavor:
Bustins Island [Community] Post Office (parent office: South Freeport, ME) 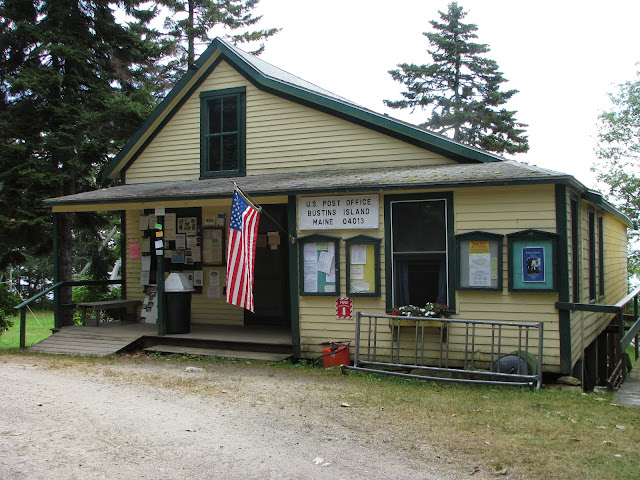 You can once again see that this is where the community comes for information. There's building also houses community bulletin boards as well as the town's public library. A woman was reading in there while the postal tourists explored the post office. 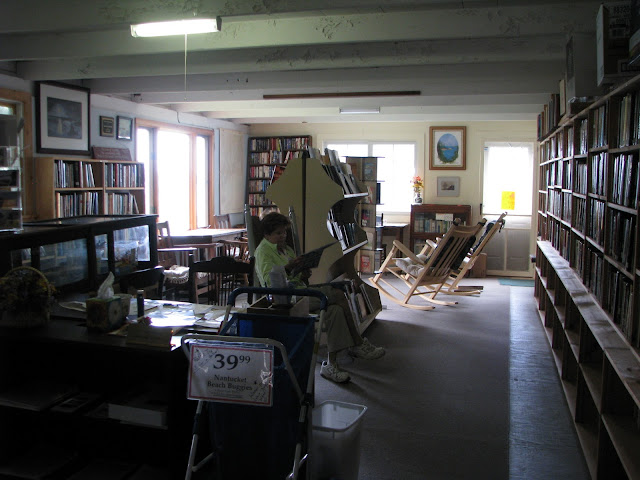 I've come across libraries sharing spaces with CPOs [Community Post Offices] before. What I didn't expect to see was a full room full of posters and specimens detailing local flora and fauna: 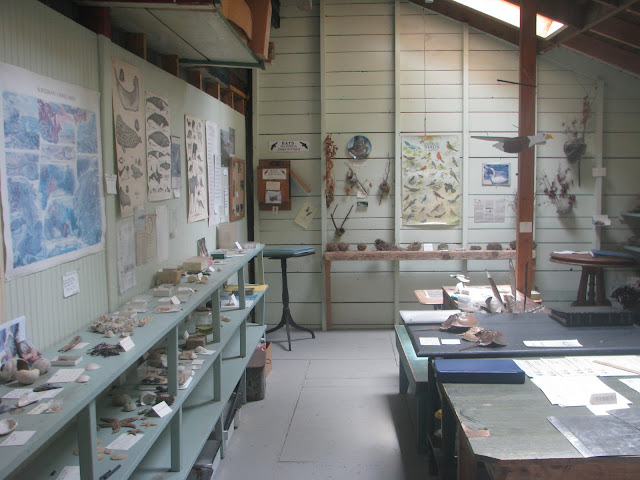 But let's have a closer look at the office. Here's the window, in the surprisingly muted lighting environment that is just inside the front of the building: 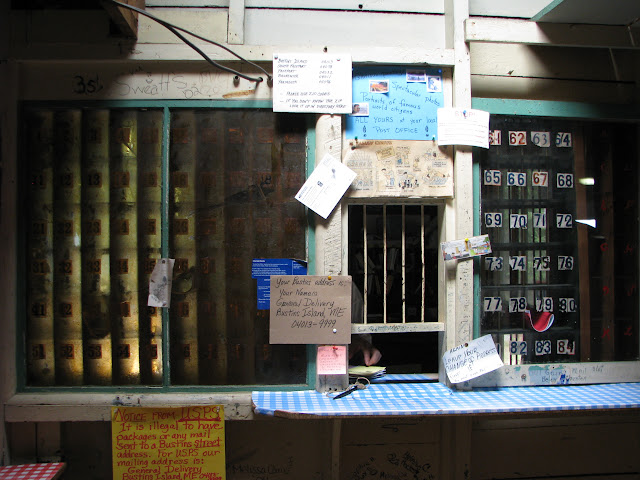 The office supplies several pieces of reference information, such as the ZIP codes for neighboring towns along the shore, as well some adorable postal-related comic strips, and even information for how to contact a Bustins Island resident who was in the hospital. This is an example of how a post office can bind a community together. (And again, since this one is run under contract, they're allowed to be more engaged in the community by publishing notices like this.)

You have to pick up your mail at the window during business hours (which are presently 9:30 - 12:30 Monday through Saturday).

The island has possessed a post office since 1897, though until 1908 it was known as Seeket. The office was independent [that is, headed by a U.S. Postmaster] until 1967, since which it has been a rural station / CPO under the parent office of South Freeport.

Here's an additional view of the building: 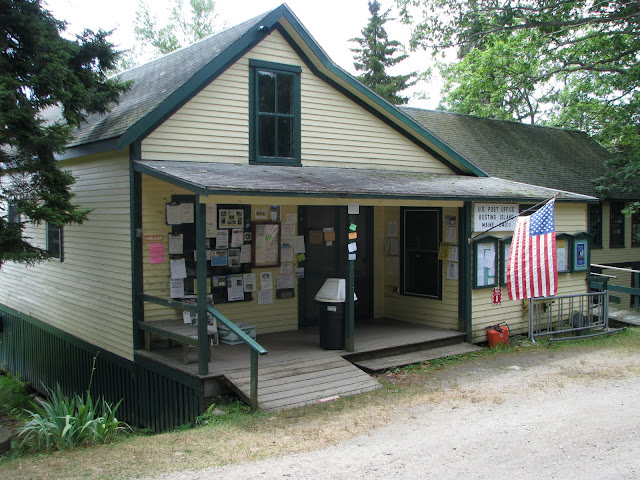 Hope you enjoyed our little journey along the coast of Maine. Until next time, yours in postal appreciation,
-- Evan K.
Posted by Evan K. at 2:14 PM