This appears to be becoming a bit of a Pennsylvania-centric journal for the time being. My apologies for the lack of geographic diversity, but there are stories to be told! And this is where I've been lately.

(First off, if the Punxsutawney P.O. doesn't see its shadow on Groundhog Day, does that mean USPS won't close 6,000 more post offices? ...)

The building itself is nothing spectacular. Standard modern fare.

What IS unique, however, is a groundhog who lives near the post office. In fact, as part of its Phantastic Phils public art project, the town of Punxsutawney has placed 32 large fiberglass [Punxsutawney] Phils around the city, each sponsored by a local group or business, decorated by local artists, and largely appropriate to their surroundings. Here are two I documented on the way through town: 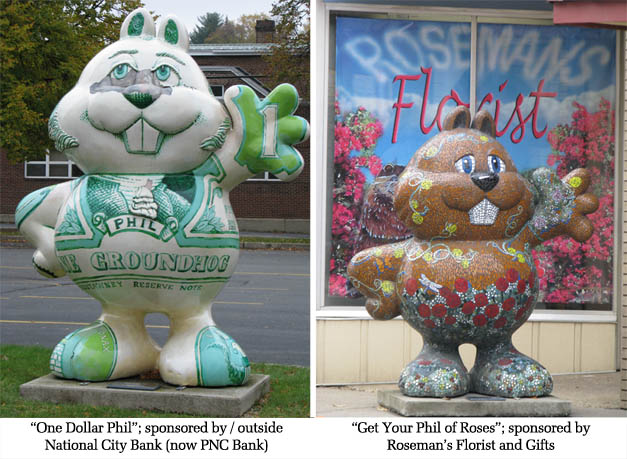 (In case you new visitors were wondering, I do enjoy photographing things besides post offices.)

The effort is similar to other projects, such as CowParade, in other towns and cities across the country.

Of course, the coolest Phil around has got to be Philatelic Phil. He was sponsored by (you guessed it) the Punxsutawney Post Office: 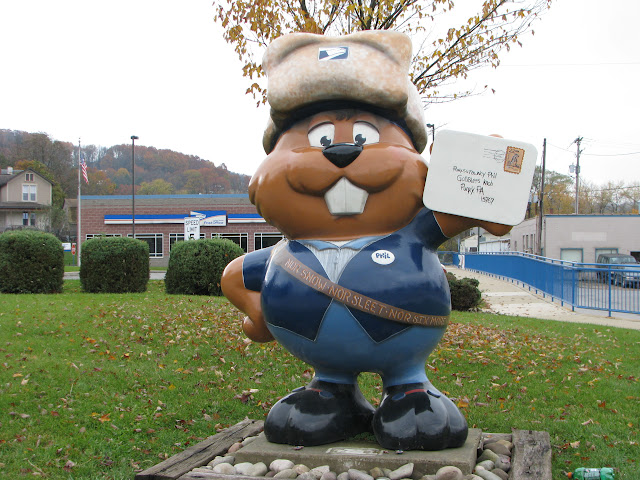 He's wearing a dashing Sonic Eagle sable hat so he's prepared for all seasons, and it looks like he's even got his own address! His letter's got what could be a genuine stamp, and it's been locally postmarked with a finely placed hand-cancellation, of course. (Although, it appears that the post office didn't put it in the metered/postmarked bin, so that nice hand-cancel got unceremoniously over-sprayed at the processing center.) The ZIP code is accurate, for the record, though I'm not sure his address has got a ZIP+4. 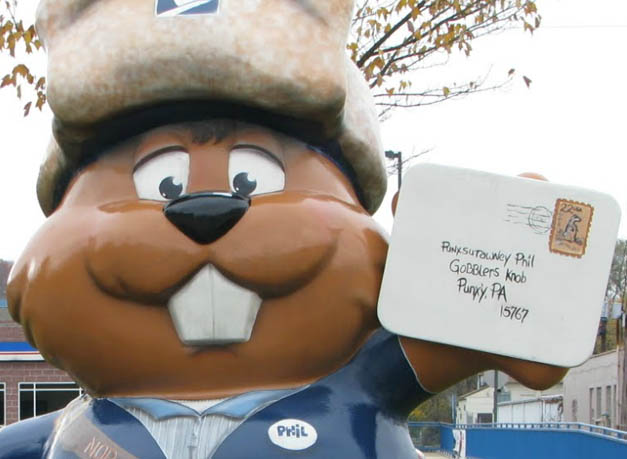 In addition to his dapper USPS uniform, he wears a special sash, with the indelible postal inscription: "Neither rain, nor sleet, nor six more weeks..." 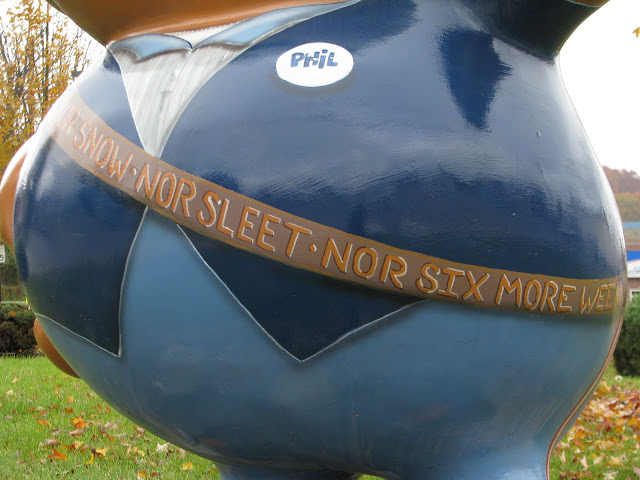