Ahh, a snowy weekend in Pennsylvania. This means, for the record, that when I took my road trip, I only documented 84 post offices.

[Note: With this story I'm not trying to say that CPUs are a sufficient/full replacement for classified stations and branches. That is, neighborhood post offices should not be closed and a CPU added in its stead. Rather, CPUs are best used as complements to the existing postal network. The CPUs of New York City (particularly within the Triboro District) are a prime example of this: As a neighborhood grows denser and expanded postal service is needed, a CPU is added in the neighborhood -- occasionally near the respective classified station -- to provide additional postal support. They also help to alleviate lines during peak hours.]

So why do I say I say these are CPUs done right? Because they are well-placed; well-known in the community; and well-utilized. Most importantly, the staff was competent, knowledgeable, and friendly. That's what it's all about, folks.

With 163 stores across five states [primarily Pennsylvania], Weis Markets is a good candidate for a regional chain in which to house CPUs -- like Meijer stores in the Upper Midwest, perhaps. At least six of them do house contract units (thank you, PMCC Post Office Directory); two of those were housed in stores that were recently bought up by Weis, and the "grandfathered" CPUs were kept.

I've now been to four Weis CPUs. Here's an example of a postal counter in one: 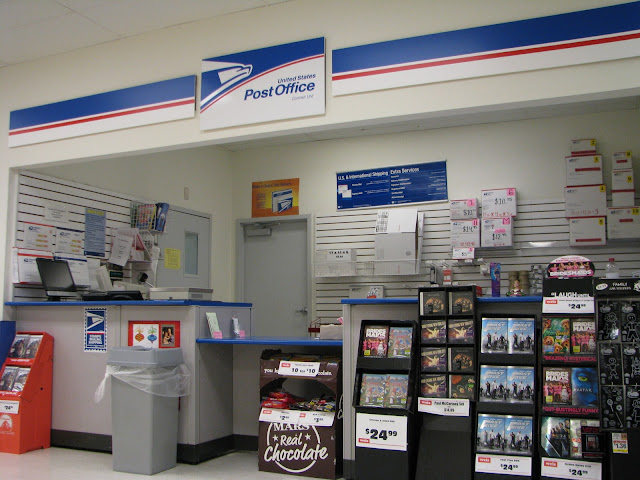 Allentown, the third largest city in Pennsylvania, is positively bizarre in that it houses, in addition to its main office, five CPUs and JUST ONE classified branch. Why? I have no idea. Does it work? I intend to visit all of them soon to find out! Regardless, I got to Allentown's Branch #26 [CPU] at 6:30 at night, and found the CPU being very well used. A woman was mailing at least 20 [note to USPS: NON-FLAT RATE PRIORITY] parcels.

Here's the outside of the store: 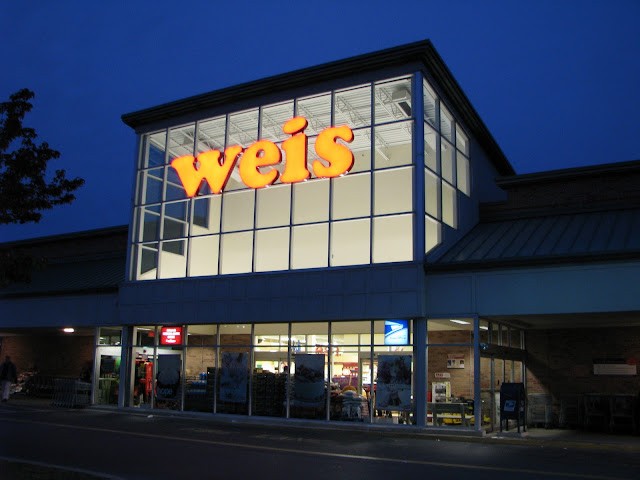 This was location / CPU was formerly a King's Supermarket, for the record. 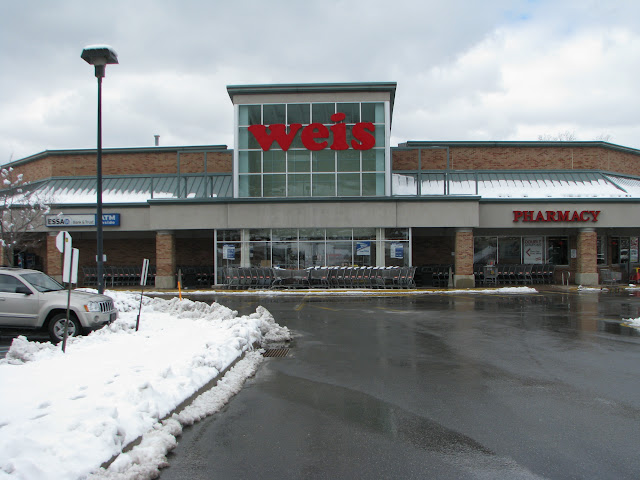 State College, PA, which IS effectively the third-largest city in Pennsylvania when they're hosting a Penn State Nittany Lions football game, has two Weis Market CPUs -- one at either east/west end of town.

Weis Market #137 is located at the east side of town: 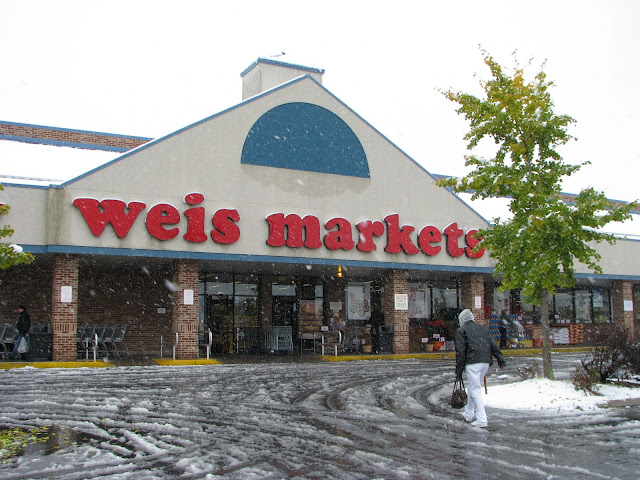 Weis Market #51 is south and west of Penn State: 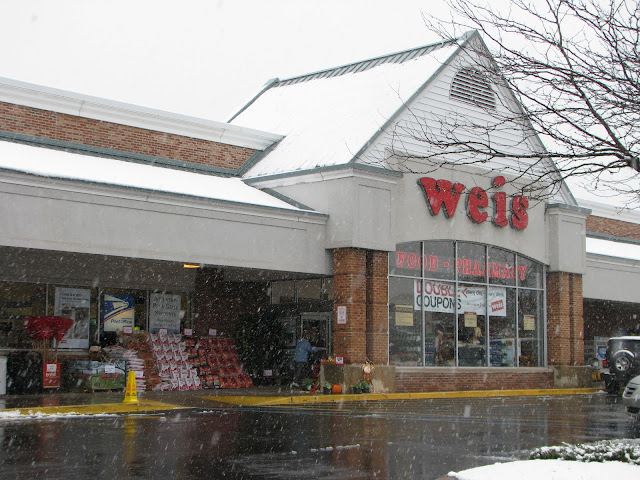