By 2:00 I visited all 19 of my mapped-out south Providence-area post offices. Which means, in American Pickers lingo, that it's time for free-styling. Since the destination that evening was NYC, I headed south. My first idea for a place to stop at was the town of East Greenwich.

East Greenwich is Exit 8 off Rhode Island Route 4, and a reasonable way to hunt for a post office is to check downtown. As soon as I made a right off Main Street I found a striking building that could not be anything but a 1930s WPA post office: 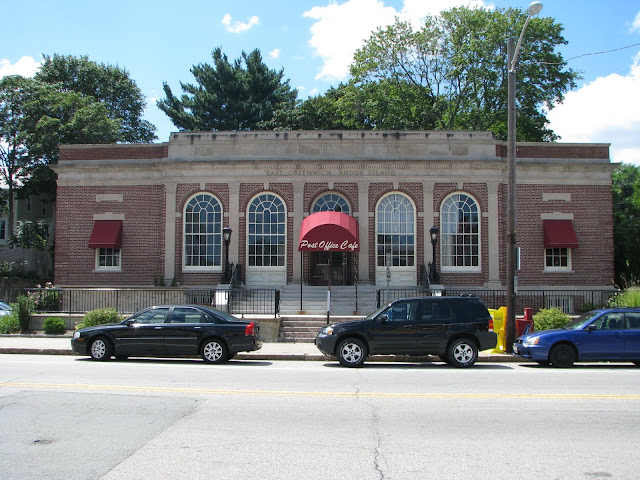 In going inside I learned that the building has long served as a high-class Italian restaurant, although it has been closed since January 2011 for apparently interesting reasons. When I saw it this summer it was being remodeled, and from my understanding is expected to reopen. This building served as the post office from the Great Depression to the 1970s, at which point it moved to what someone told me was now the police station. In the 2000s it moved again, to a site in the outskirts of town. 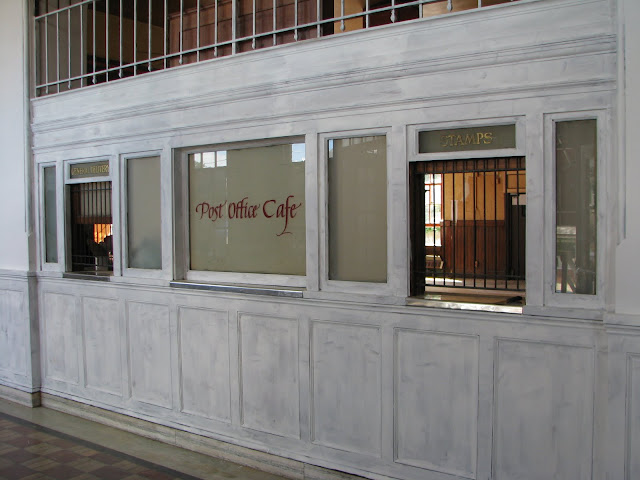 There was no interior artwork. Below is the present East Greenwich Post Office site: 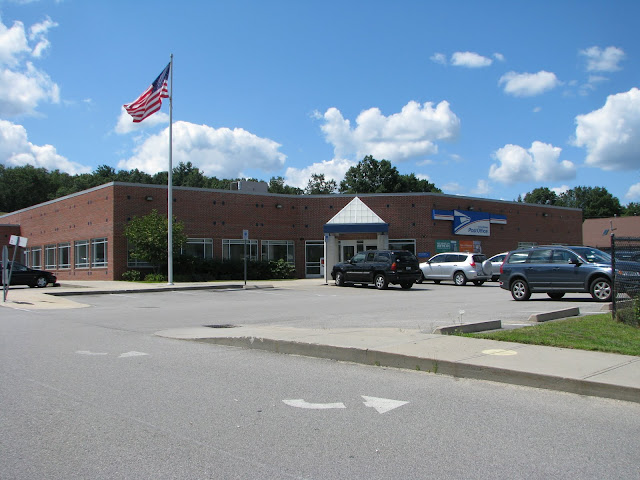 And here's a map: