As of noon today, I hold a claim to 'fame' that only 100,000 people can match: I was the last-ever customer at a discontinued U.S. Post Office. I can prove it, too: My receipt was [non-postally] certified by the supervisor on hand. (The author is also responsible for the last letter mailed from the post office, as well as the last use of its postmarking device. Of interest to postmark collectors only, perhaps.)

Normally the post office was operated a solitary clerk; when I visited she was accompanied by a supervisor from the Clementon parent office, who was assisting in the take-down of interior signage, and a South Jersey District officer on close-out duty with backroom computers. I'm guessing this is standard last-day protocol. (I've only been to one Last-Day prior to this.)

The last purchase at the Pine Hill Branch post office of Clementon, NJ was a throw-together of four scraps of Purple Heart stamps numbering 18 in all, sold at 11:54 a.m., for a grand total of $7.92. Perhaps the purchase is fitting: the stamps honor some of America's greatest heroes, wounded in the line of duty. This post office served its organization and its country with aplomb, a casualty of USPS's relentless push toward retail minimization. It will now be memorialized in this blog. 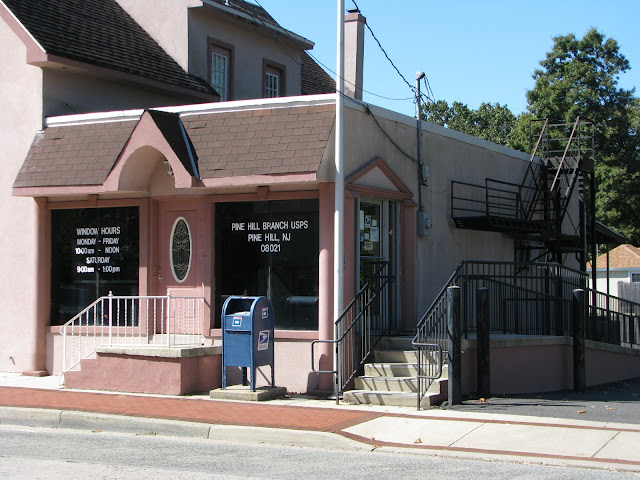 It was a quaint post office with old-style PO boxes. I'd say about 60 seemed to be in use all-in-all. The office was open a mere two hours a day during the week: 10 am to noon, and sported a full four-hour Saturday; it's unlike the overwhelming majority of offices, which maintain fewer, if any, Saturday hours. (It reminded me of the fact that hybrid cars generally get greater gas mileage in the city than on the highway, as opposed to the other way around.)

Two-hour offices are an increasing rarity in the U.S. Postal system, and virtually all of them are currently being considered for closure. I was told that Pine Hill had maintained such short hours for a while.

The postmark collector in me is obligated to report that the office's sole dating device was a worn round dating postmark, with the tops of the two Ls in 'Hill' broken off, as well as the entire letter J in 'NJ'. I'll choose to think of it as authentic. It was of the non-self-inking variety.

Pine Hill was a branch of Clementon and shared its ZIP code [08021] with said, as well as with Laurel Springs and Lindenwold. I'll show photos of both branches later; the Lindenwold post office was discontinued earlier this year.

[Side of the Pine Hill PO:] 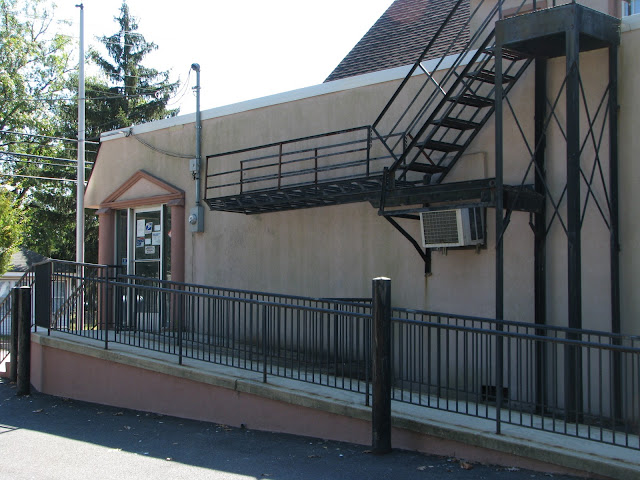 Customers will now head over to the Clementon Main Post Office on Berlin Road, located in a strip mall. Driving distance: 1.5 miles. 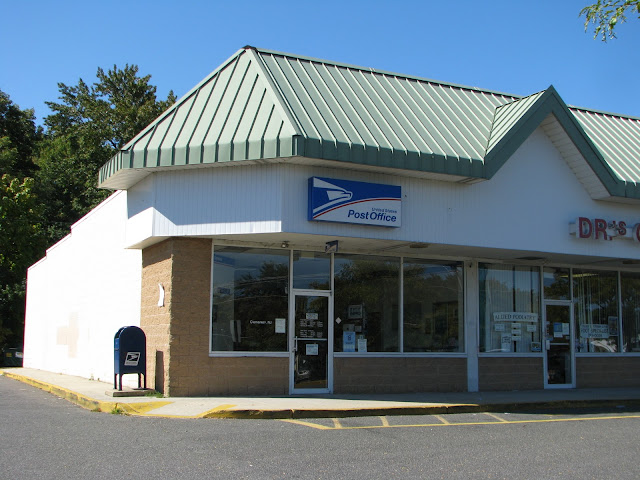 I then trekked on over to the former site of Clementon's Lindenwold Branch post office, which was discontinued earlier this year. I believe the closing date was indeed January 28, 2011. The space, at 788 Emerson St., is still vacant, though two blue collection boxes still grace the former site. 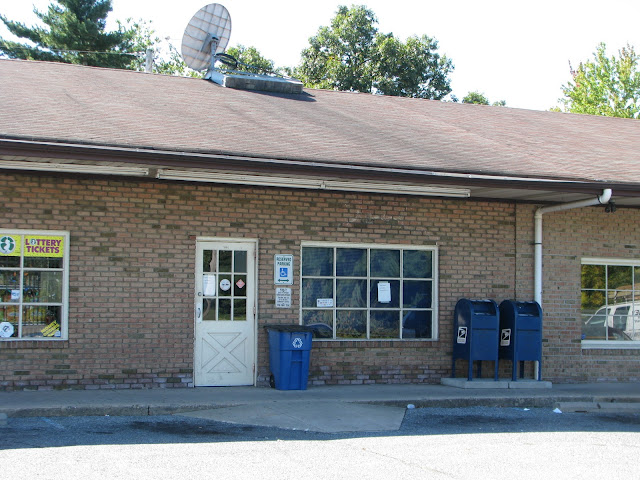 The former site is 1.2 miles from the Clementon Main Office. (Aside: At least in that shopping area in which I stood, the community seemed largely Latino.)

Finally, we have Laurel Springs, which was rather hopping with about four customers when I was there: 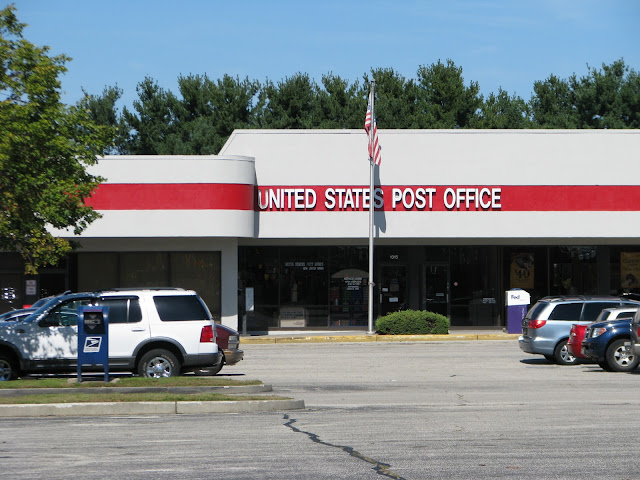 No big treks for the author this weekend; thank the inherent responsibility of grad school. Until next time!
Posted by Evan K. at 8:55 PM