Unfortunately I've been saturated with work and don't have the time to present a detailed entry right this moment. I've been working on a larger one regarding RAOI and its relationship to Newark, NJ. Regardless, I thought it might be nice to present this fantastic location in northern Delaware. Just outside of Wilmington, the Montchanin Post Office has been in operation since 1889 (though research on Postmaster Finder only dates back to 1944.)

The significance of this location is that the Hagley Museum and Library is right by the facility. While that name is not highly known, the name DuPont surely is. The 235 acres that presently house this Museum were where E. I. du Pont founded his gunpowder mill back in 1801. That is how the the family made its fortune!

The Museum site described: "This example of early American industry includes restored mills, a workers' community, and the ancestral home and gardens of the du Pont family." It is a fun visit, and there are demonstrations of working aspects of the mill every half hour. One features a gunpowder explosion!

In any case, let's see what part of Delaware we're dealing with:

View Larger Map
The location looks rural, but Wilmington is just beyond those map boundaries.

According to this map, available at the Hagley Digital Archives, the mill itself did not possess a post office, but there was one nearby, known as Henry Clay Fact[ory] [see bottom]:

So why do I say "Beautiful Post Office"? Because of its setting, located right on the Brandywine River. According to Reference Archivist Lucas Clawson at the Hagley Library:
The Montchanin Post Office "is located in Breck's Mill, which operated as a cotton mill through most of the 19th century. The DuPont acquired the property in the 1850s and later used it as a community center for the Henry Clay community. I'm not sure when the post office moved into the building but it was definitely not before the late 20th century."

Here is the site now: 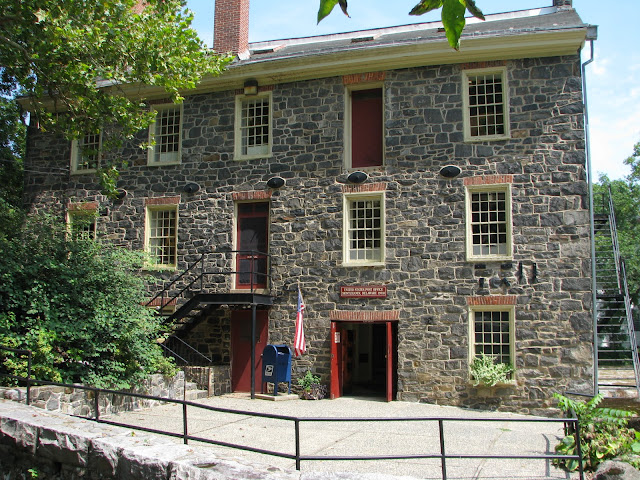 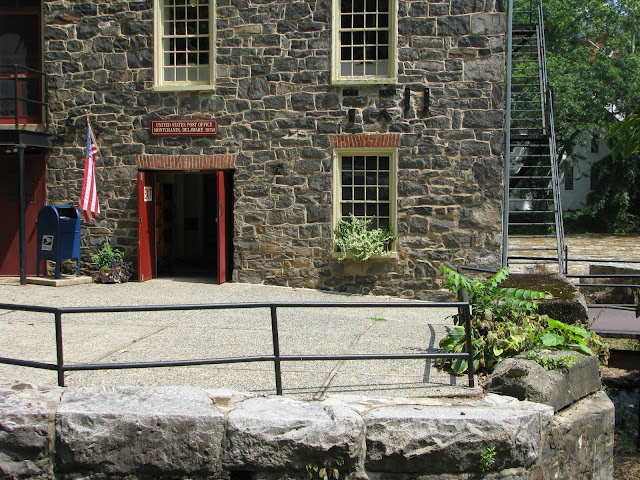 (The water was brown due to a massive rainstorm that had hit the Wilmington / Philadelphia area the day before.) The building is also home to a gallery. 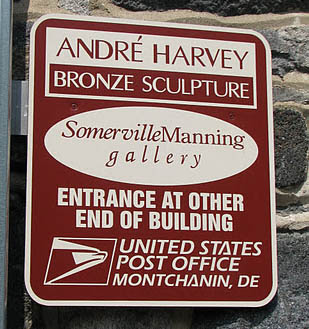