I don't plan these milestones; whatever happens as a matter of circumstance happens. This post office was my fourth of my Sunday 49-PO bash, and turned out to be the beautiful 1938 post office of Curwensville, Pennsylvania: 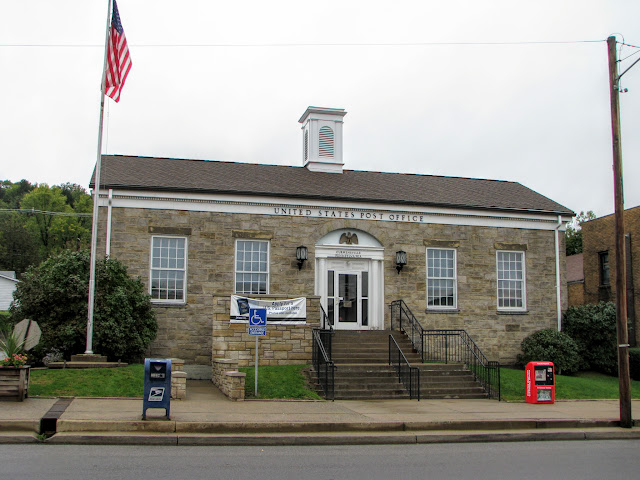 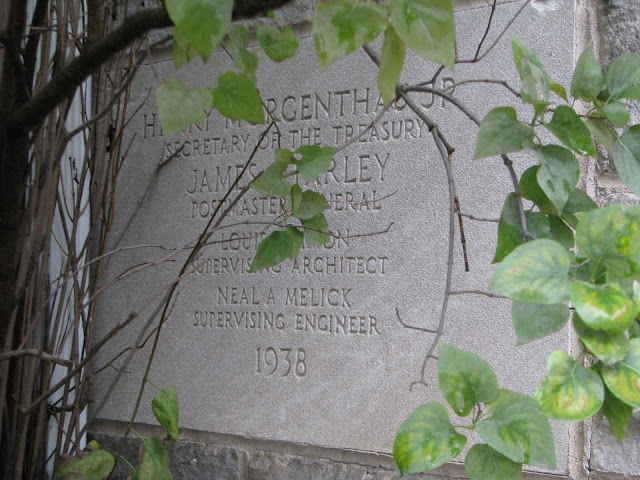 If only people still took so much pride in their work...

In Pennsylvania rich-in-coal country, this town grew rapidly at the start of the 20th century as a fire brick-making and mining town. Its current population lies at about 2,650.

I love the stonework on this building. It's a classic WPA Treasury Department-sponsored post office. This was a Sunday, so as with most Pennsylvania post offices, this was locked over the weekend. I'm curious to know whether there's any WPA artwork (a mural or sculpture) inside.