If you live in a community affected by possible Post Office closure, you've either received or been able to pick up a Postal Service Customer Questionnaire at the PO in question. USPS obtains public commentary from all communities, and ideally, uses the feedback to determine whether or not to discontinue a post office.

On said forms (of which I have a copy from several post offices I've recently visited), customers can respond whether they use their local post office for just the purchase of stamps, the mailing of parcels, the pick-up of PO Box mail, and so forth. An interesting query is whether there's a school bus stop at or near the post office.

I was wondering why in the world such a question was on a postal questionnaire, but as I rolled into the town of Mary D, Pennsylvania and entered the post office at 3:20 on Friday afternoon, I discovered a possible reason why: when the kids got off their school bus, I witnessed several march in, some with their parents, go to their PO Box, and proudly march out with their mail, ready for delivery home. I didn't get pictures of this, but it was an absolutely adorable sight. 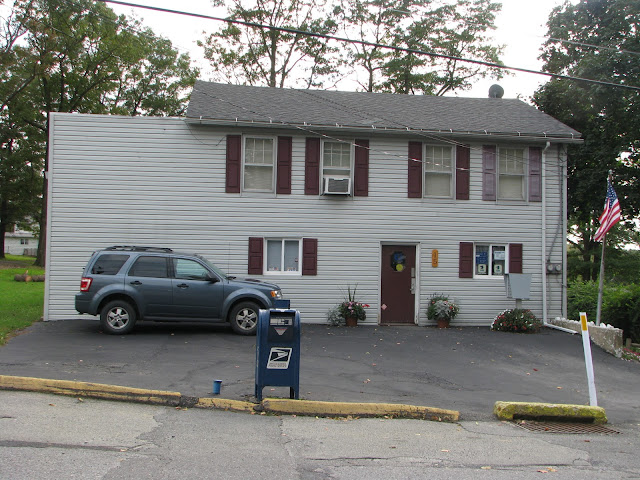 It was odd to see a post office with hardly any recognizable signage [the other cues being the blue collection box, the parking lot, American flag, and the two miniscule Sonic Eagles on the windows], but this was one of what turned out to be several oddly-lacking-in-signage facilities in rural PA that I saw.

My above story is just an anecdote, of course, but it goes to demonstrate another aspect of the civic value of post offices. Once again, residents I saw on the street were convinced their post office would close. If they had to go to the next town, Tuscarora, for their mail -- even if it's just a mile away -- their kids would no longer have the opportunity to participate in an American tradition that's lasted more than 200 years.

Mary D lies southeast of I-81, and about 12 miles south of Hazleton, PA.

The post office in the town of Brockton, PA, another mile down the road, was discontinued about a year ago. A resident directed me to the former site, in the side of someone's home just off the main street.

Incidentally, you'll never guess at which post office Brockton residents were told by USPS, a year ago, they could now get their postal services... that's right, Mary D! 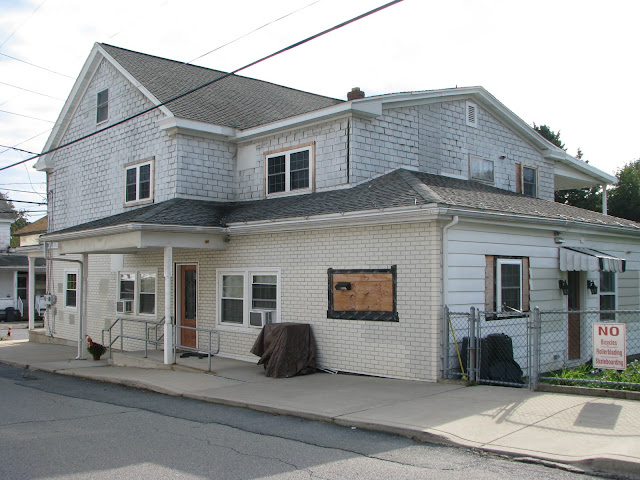 For the record, I'm still trying to figure out how Mary D got its name... I'm guessing it pertains to the first resident or the loved one of an initial resident, but I have no real idea. The question was posed on a question-answer website back in 2004, and nobody ever replied.
Posted by Evan K. at 12:31 PM